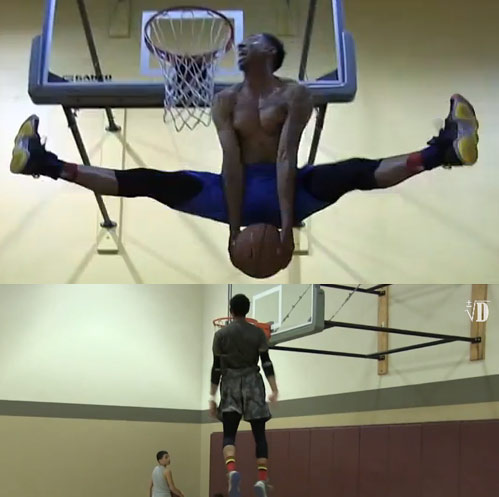 Back in August we raved about high jumper Jonathan Clark after he made the first decent attempt at the impossible to do 360 double between the ...(Read more)

Unfortunately Clark, who was a finalist to compete in a dunk contest at All-Star weekend, recently tore his ACL, meniscus and dislocated his knee and is now looking at 6-8 months of recovery. But knowing Clark, I bet he will be looking at the top of the rim again this time next year.