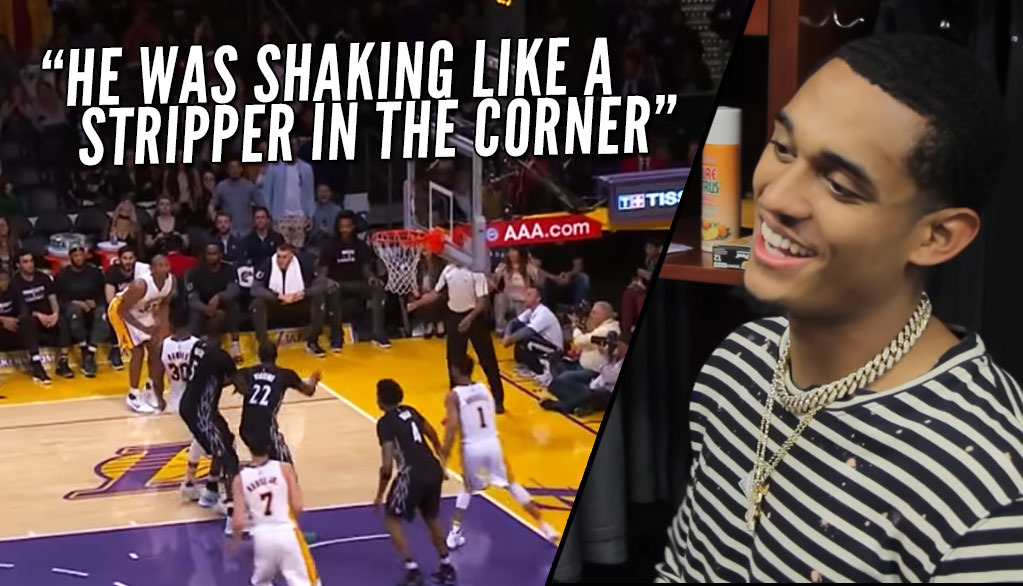 Before D’Angelo Russell’s emotional game-winner and dedication to his grandmother, the highlight of the Lakers 4th straight victory was the play of Metta World Peace. In ...(Read more)

Before D’Angelo Russell’s emotional game-winner and dedication to his grandmother, the highlight of the Lakers 4th straight victory was the play of Metta World Peace.

In his final home game of the season and possibly career, the 16-year vet had the crowd roaring as he scored a season-high eight points and the chance to win the game with a 3-pointer with a seven seconds left in regulation. He missed the three but Julius Randle was able to get the offensive board and throw it to Russell for the game-winning three.

After the game, Jordan Clarkson jokingly said Peace’s leg was “shaking like a stripper in the corner” while praising Metta’s career.

Coach Luke Walton also had some praise for the man who once made a rap song about strippers called, ‘Workin The Pole!”

“We want to reward Metta every chance we get for how great he’s been this year with the way he’s worked and the way he’s helped the young guys and just being positive,” Walton said before Sunday’s game. “He’ll get his standing O on Tuesday night, whether it is his last game here or not.”

Lakers fans will also be grateful for this clutch 3-pointer from Metta.