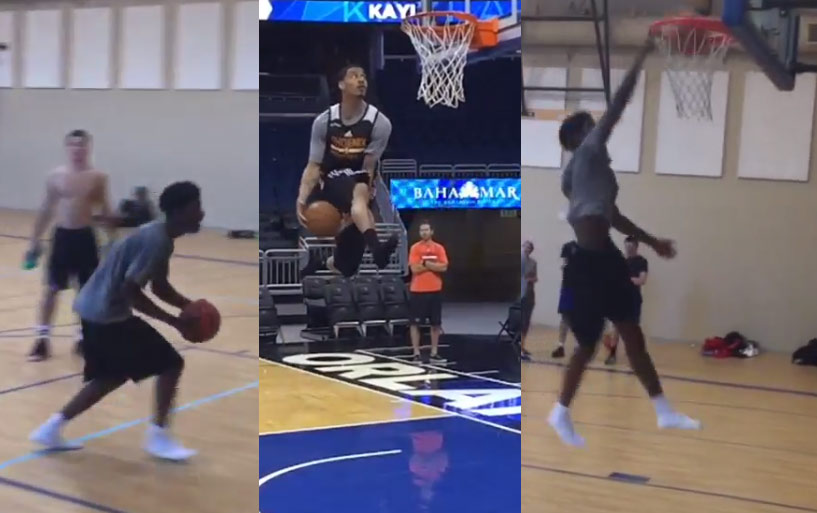 It’s been 7 years since he did it and I still consider Gerald Green’s between the legs dunk in his socks to be one of the ...(Read more)

It’s been 7 years since he did it and I still consider Gerald Green’s between the legs dunk in his socks to be one of the most misunderstood and underrated contest dunks of all-time.  When he did it, he was rewarded with low scores, a bunch of head scratching and Magic Johnson repeating “why he do the same dunk” thinking this dunk was the same as dunking with shoes on.

If you still think that dunk was stupid or unimpressive then you probably wont care for the following vids. If you were impressed, then you were probably really impressed  when Green posted a video earlier in the year of him doing the dunk off just 1 step.

And if that impresses you then you should be impressed with the top player in the class of 2016, Josh Jackson, also pulling off the 1 step Eastbay in socks.