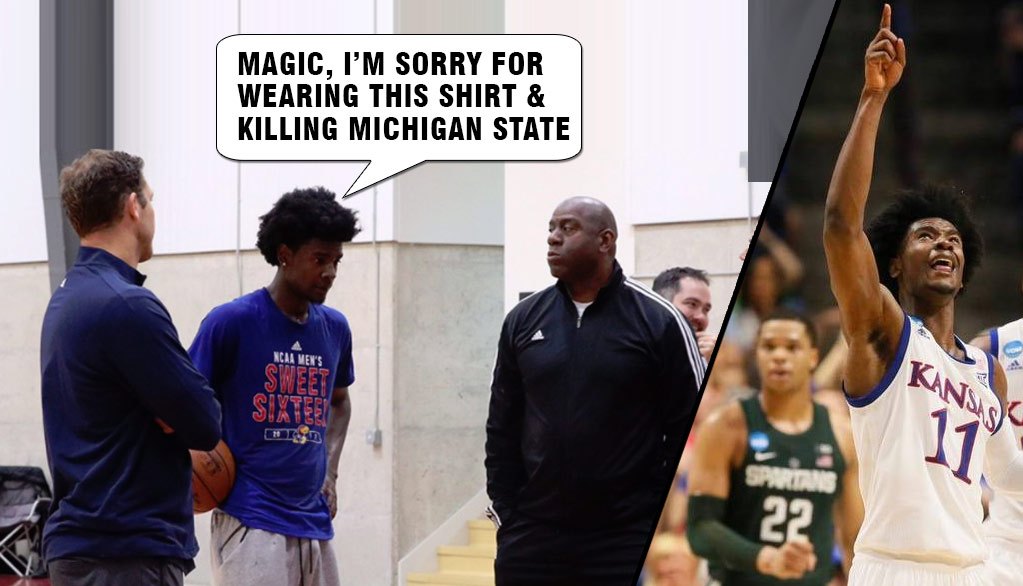 I love this tweet by the Lakers on Thursday. The workout with Josh Jackson — the player Jalen Rose thinks is the “most valuable player in the draft”– might have been “great” but the picture they used makes it look like Magic Johnson was about to kick him out of practice or scold him for wearing that Sweet 16 shirt; Back in March, Jackson dropped 23 points in a 20-point victory over Magic’s Michigan State. Michigan State, along with Arizona were reportedly the second and third

The workout was pretty top secret so we don’t have any video or information other than Magic brought Coach Luke Walton, GM Rob Pelinka and the Buss brothers to Sacramento to check out the future top five pick.

The Lakers worked out Lonzo Ball the day before and will be working out De’Aaron Fox early next week. In the meantime, let’s check out some Josh Jackson videos after listening to Jordan Shultz on the Lakers Nation podcast talk about Jackson (29.15) and explain why the Lakers may pass on Lonzo Ball (1:45).