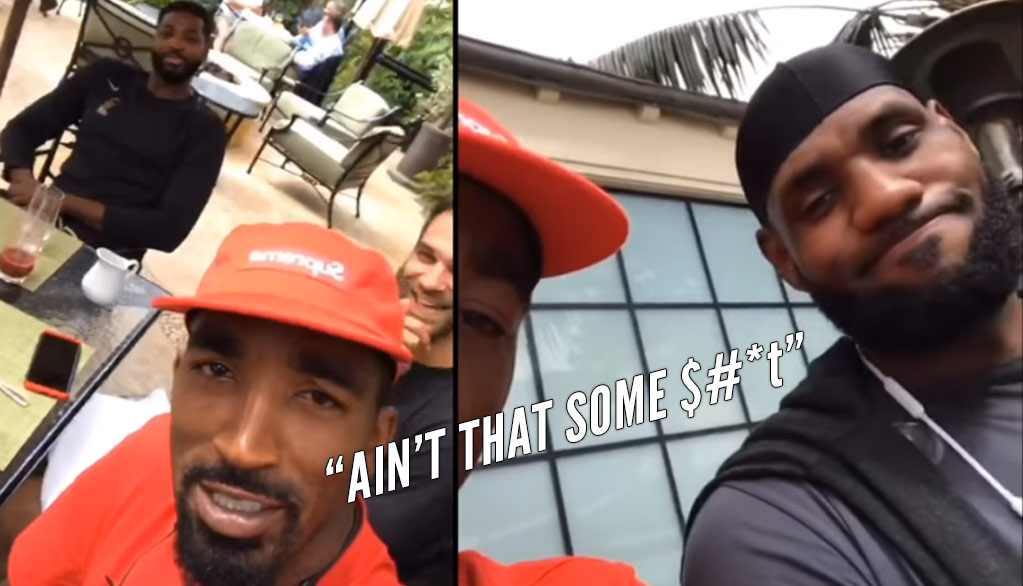 Every group of friends of co-workers has that one person who seems to get away with never paying for a meal. It’s usually not the person ...(Read more)

Every group of friends of co-workers has that one person who seems to get away with never paying for a meal. It’s usually not the person who makes the least amount money either. On the Cleveland Cavaliers, it seems that person is Tristan Thompson.

“Y’all not going to believe this. This man, double T, actually paid for breakfast. Ain’t that some $hit” Said a shocked JR Smith, sitting alongside an equally amused LeBron at breakfast.

In case you were wondering how much double T makes, he’s in the middle of a five-year, $82 million deal — that made Boogie Cousins tweet “How much???” upon hearing the news — and will make $16,400,000 next season. Not bad and according to BankRate.com, his girlfriend, Khloe Kardashian, has a net worth of approximately $40 million. And she apparently cooks…

The second half of the first video features Channing Frye and Richard Jefferson, who just recently answered the question, “Does LeBron always buy dinner?” on a must-listen podcast episode with Bill Simmons. Jefferson’s answer was no because the team has a few other people on the team with deep pockets (Kevin Love will make  $22.6 million this season) but also said LeBron likes to take care of his teammates by picking up the tabs and buying them gifts.