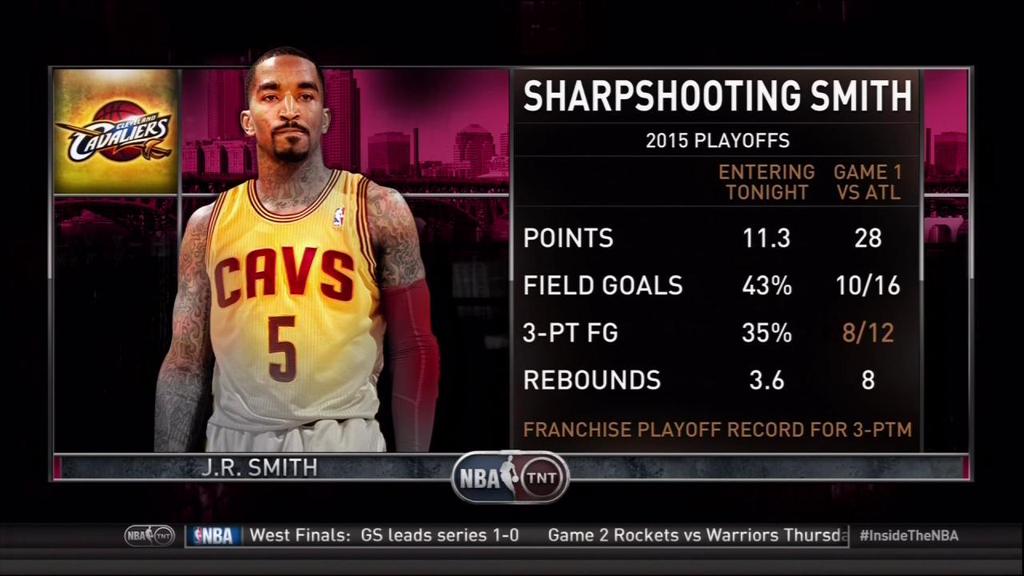 Remember last week when JR Smith posted a pic on Instagram showing him and Shumpert with the Knicks and the Cavs and the caption “One Man’s ...(Read more)

Remember last week when JR Smith posted a pic on Instagram showing him and Shumpert with the Knicks and the Cavs and the caption “One Man’s Trash is Another Man’s Treasure?” Last night in GM1 vs the Hawks, JR Smith showed why he’s the Cavs’ and LeBron’s treasure by scoring a career-playoff high 28 points.

“When he gets hot,” Cavs coach David Blatt said, “he gets smoking hot.”

Smith was so hot he even had to blow out the smoke from his pistols as he made 10 of 16 shots off the bench which included 8 of 12 from downtown.

“Once I start shooting,” Smith said, “everybody keeps telling me to keep shooting.”

The 8 3-pointers is also a Cavs’ playoff record and Smith’s 14th game with 8+ 3-pointers which is a NBA record. Trash stats right?

During the post-game conference, LeBron, without his kid Kyrie Irving, was asked about when Cavs management said they could make a deal for a JR Smith, James said “Get him here and I’ll take care of it. I got him.”

This was Smith’s response to the answer. 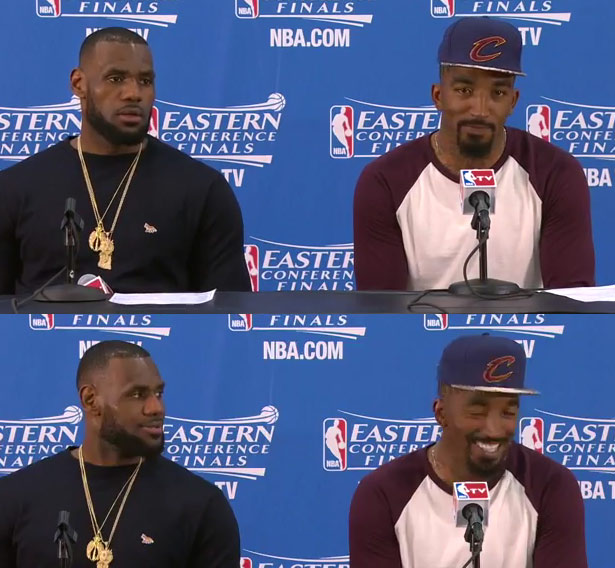 Smith also had a pretty awesome quote about passing the ball when he’s hot.

“I just try to just roll with the punches. I mean, once the team pretty much starts closing out, just try to get in attack mode, and at the same time, try to find my teammates. It’s kind of hard, hitting the shots I was hitting, to try and pass the ball, but you’ve got to figure out a way.” 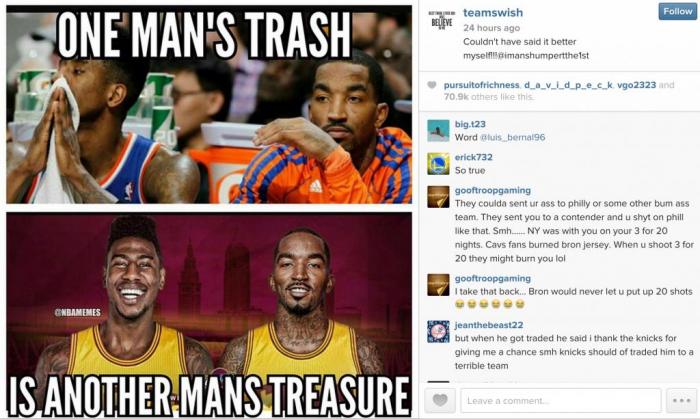 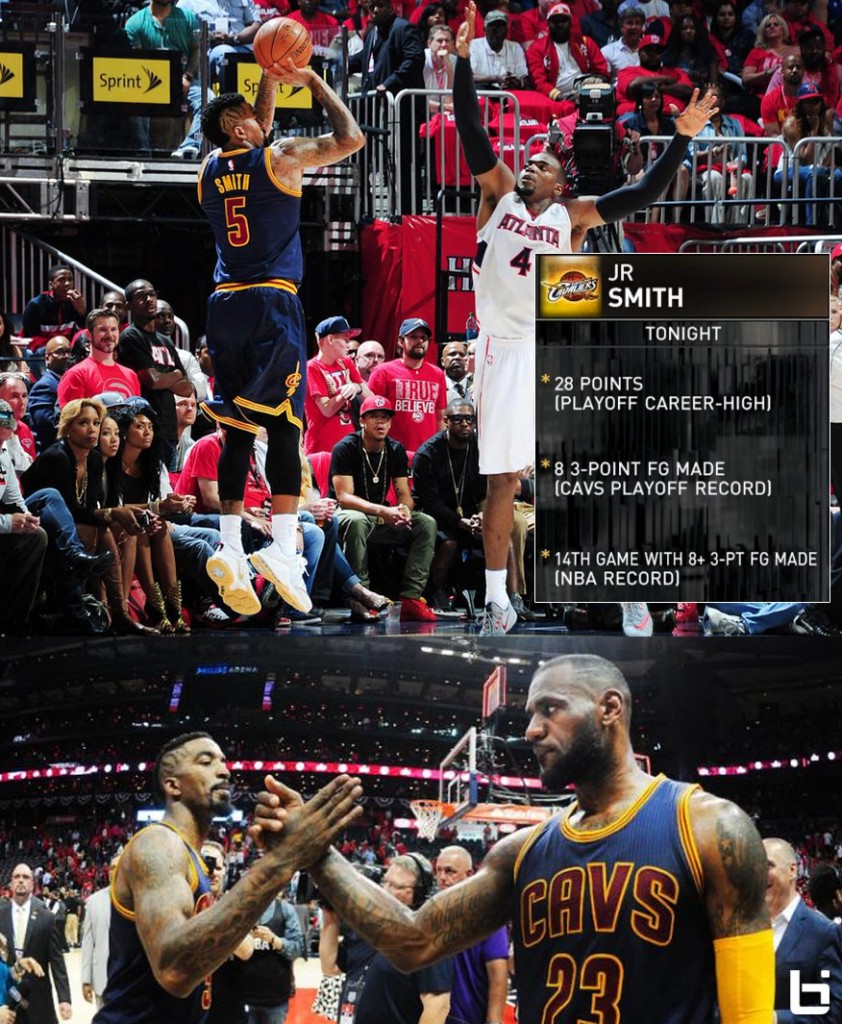