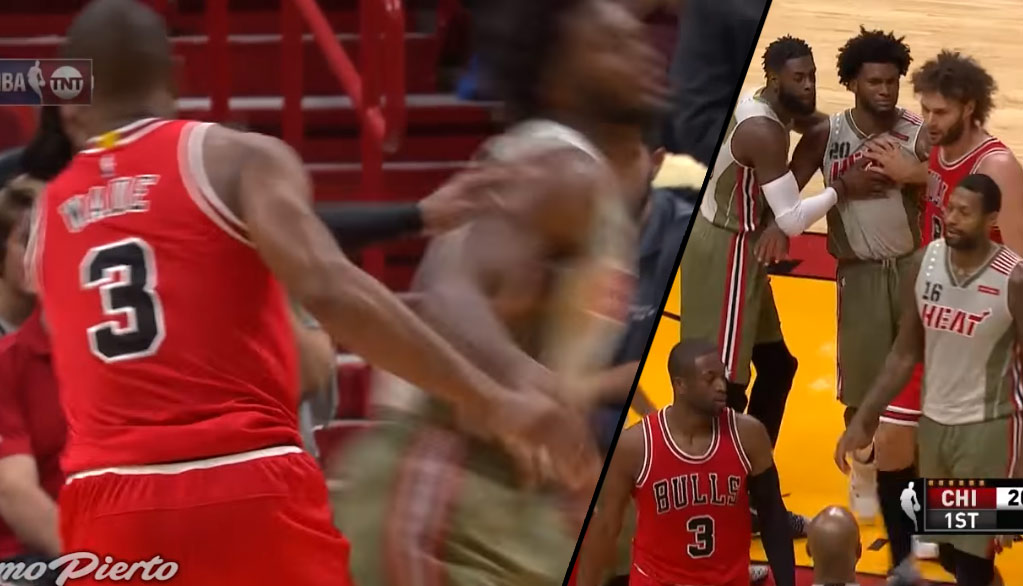 I’m sure it was all love and hugs between former teammates Dwyane Wade and Justise Winslow before and after Thursday’s game but they were enemies for ...(Read more)

I’m sure it was all love and hugs between former teammates Dwyane Wade and Justise Winslow before and after Thursday’s game but they were enemies for 48 minutes once the game tipped off.

With less than a minute left in the first quarter, Wade shoved Winslow in the back after a foul. A shocked Winslow quickly turned around and started to step to Wade before a few teammates held him back. Winslow then gave Wade the Kobe death stare for a few seconds.

If that wasn’t rude enough, Wade hit Winslow with a nasty spin move in the 2nd quarter.

But the worst moment for Winslow was in the final minute when he was called for a foul after a light push sent Wade flying out of bounds (4:40 in the video below).

“I didn’t agree with the call.” Said Winslow, who had  15 points, 6 assists and 5 rebounds in the loss. “I think that was because of the stage, because of him being back here. I don’t think if he was at another venue, another regular game, they would have made that call.”

“I got the vet call on that one,” Wade said about the foul. “I appreciate it for him giving me one.”