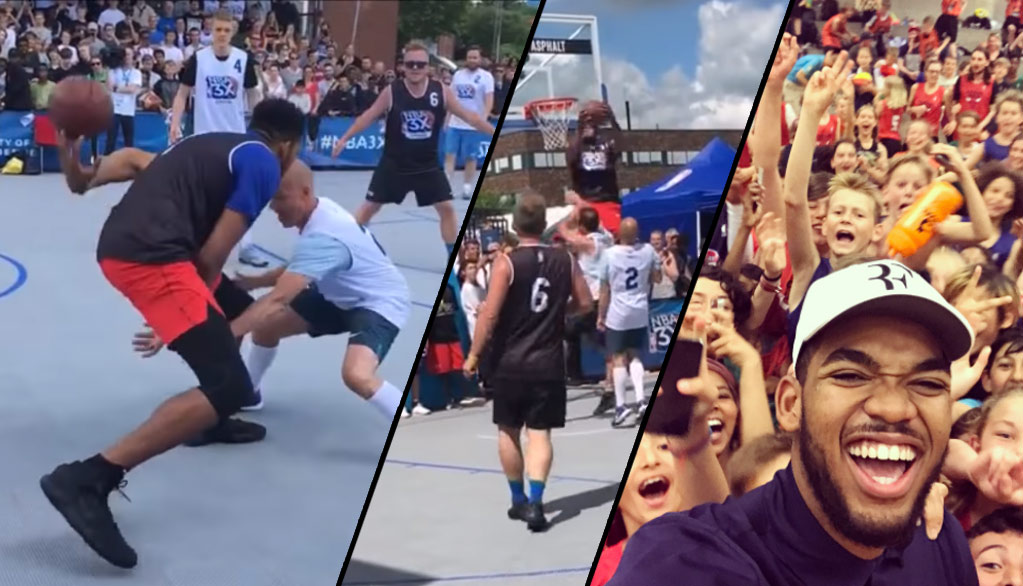 Have you heard any 3-on-3 news lately? Ice Cube’s Big 3 league has been flooding news feeds recently, the Olympics announced 3-on-3 will be a competition ...(Read more)

Have you heard any 3-on-3 news lately? Ice Cube’s Big 3 league has been flooding news feeds recently, the Olympics announced 3-on-3 will be a competition in the 2020 Olympics and now we have some highlights from the NBA3x tour.

During a recent NB3x event in Odense, Denmark, the 7’0 Karl-Anthony Towns showed off his impressive big-man handles and let a few locals know why you shouldn’t jump with him. I guess they didn’t learn from last year, when Andre Drummond stopped by Odense and made a couple of posters (3:30 mark).

Like Drummond, KAT also “rudely” destroyed a couple of shots by little kids.

Watching the growth of the NBA3x event always cracks me up because during it’s first season in the US back in 2012, I was the unknown face of the summer program, going from city-to-city, recruiting teams and running the events. Since, they have had NBA legends ranging from Gary Payton to Dominique Wilkins to current NBA starts like James Harden, Kyrie Irving, Russell Westbrook and Karl-Anthony Towns representing the events across the globe.

Anyways, KAT didn’t win every ball game during his Denmark visit. Here he is losing a 1-on-1 battle on TV.