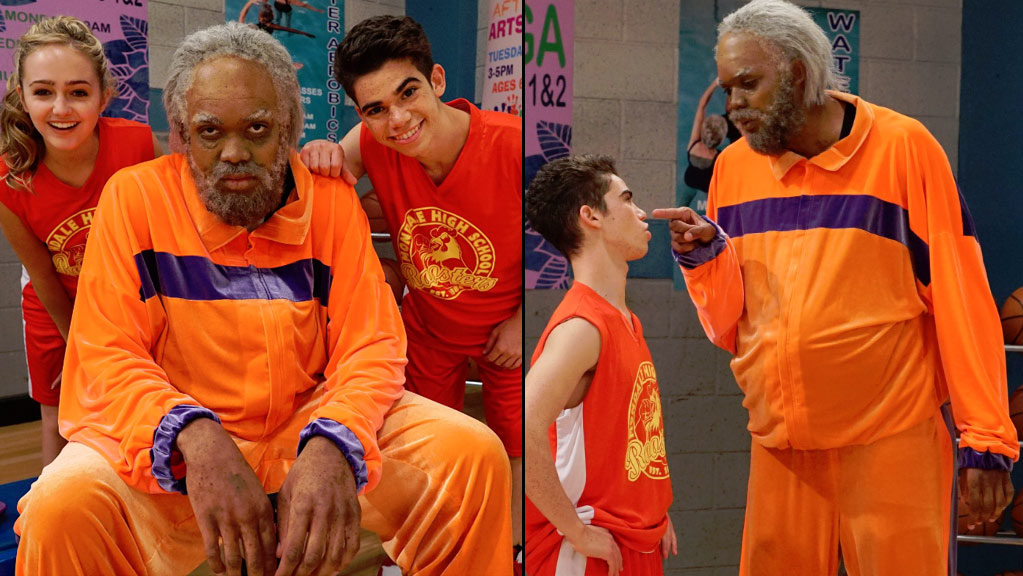 Well, it looks like Karl-Anthony Towns has really let himself go since winning the 2016 NBA Rookie of the Year award for putting up the best 1st year big man stats since Tim Duncan almost two decades ago. Actually, he only looks like a Samuel Jackson character or a taller version of Uncle Drew because he was a special guest on the Disney XD show Gamer’s Guide to Pretty Much Everything.

The TV appearance by the 20 year old wonderkid is just one of the many unique and cool things Towns has done this summer: Playing 1-on-1 against streetball legend Bone Collector; attempting a million dollar shot on Jimmy Kimmel Live; learning to never mention Zaza Pachulia’s name to Shaq on The Big Podcast with Shaquille O’Neal; wearing a Metallica “Damage Inc Tour (which happened a decade before Towns was born and 2 years before the brilliant “One” video)” shirt at a summer league game; attending a lot of awards shows from the ESPYs to the Kid’s Choice Awards to the Gatorade Player of the Year Awards.

Earlier in the morning before the Gatorade awards, Towns was a guest panelist at a “Play It Forward” breakfast we were lucky enough to attend.

During the Q&A session, a wise beyond his years sounding Towns discussed the recent NBA contract signings and why he hopes kids will not grow up wanting to play basketball for the money.

The one thing I just don’t want to happen is kids see the contracts that guys are getting and play the game for the wrong reasons. This game has meant everything to me. I would be in the NBA with money or without money. I play for free. That’s the reason I play this game. I love this, I’ve been very passionate about it since I grew up. It gave me a certain lifestyle that is very beneficial for me and my family.

I just don’t want kids to see the contracts and start chasing the NBA for the money. It shouldn’t be for the money at all. It should be for the promise you are going to be playing against the elite of the elite every single night. The best of the best. The future legends of the game.

Money is just paper. It comes and goes that’s why it’s always circulating. Money is everywhere. But the passion and love for the game doesn’t last forever.

We also had some fun chatting with Towns after the panel about everything from video games to his Mom’s cooking to having KG as a teammate to playing against Tim Duncan during his final season.

It’s amazing. I’ve been blessed with the opportunity to say I competed against Tim Duncan and I can tell my kids and everyone about that.

I also had the pleasure of watching and following Tim Duncan since his college days at Wake Forest and I can honestly say Karl-Anthony Towns has the potential to be just as good or better than the man I consider the greatest power forward ever. The one big difference between the two is Towns looks like he’s going to have a lot more fun on his journey to greatness. And if for some reason this NBA thing doesn’t pan out, he can always resort to his plan B (Kinesiologists – Google it) or plan C (business) or plan D (sports broadcaster)!