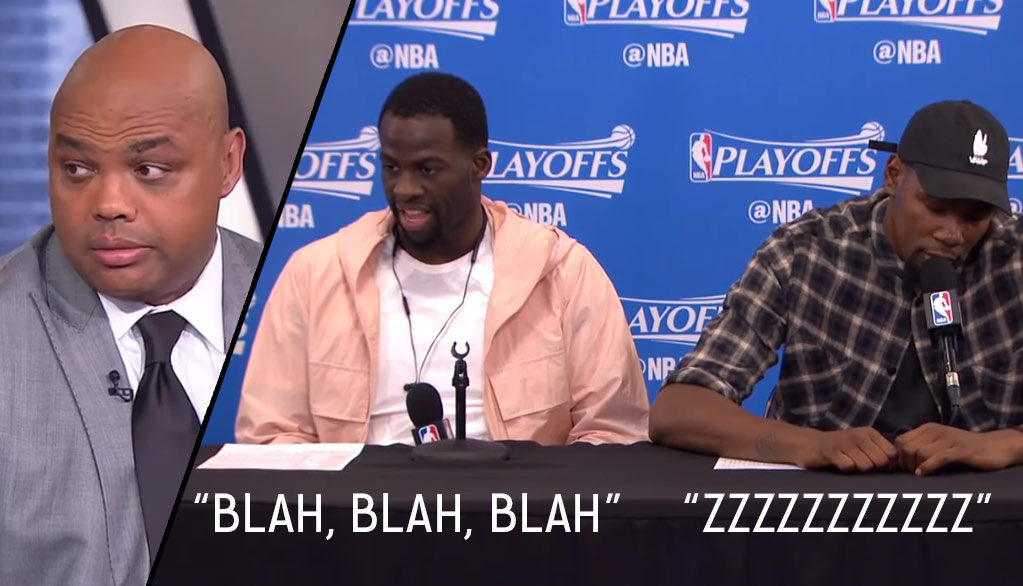 At the beginning of ‘Inside The NBA’ after the Warriors easy sweep of the Utah Jazz, Ernie Johnson welcomed TV viewers by saying, “It’s another playoff ...(Read more)

At the beginning of ‘Inside The NBA’ after the Warriors easy sweep of the Utah Jazz, Ernie Johnson welcomed TV viewers by saying, “It’s another playoff night,” which was interrupted by Charles Barkley saying, “nightmare.” He then said the series has been awful, EJ backed up the statement with some data, then Shaq said, “I’m with you Chuck.” Shaq isn’t the only one. I’m sure 99% of basketball fans thought the series, along with the majority of the playoffs, has been awful and boring.

During the postgame conference with Draymond Green and Kevin Durant, the two Warriors were asked about the Inside The NBA crew saying their series was boring and how this year’s playoffs is just two dominant teams on a collision course. This was their response….

KD’s response is actually what most basketball fans, especially East coast ones, were doing while the Warriors were cruising through Gordon Hayward’s possible farewell ride in Utah.