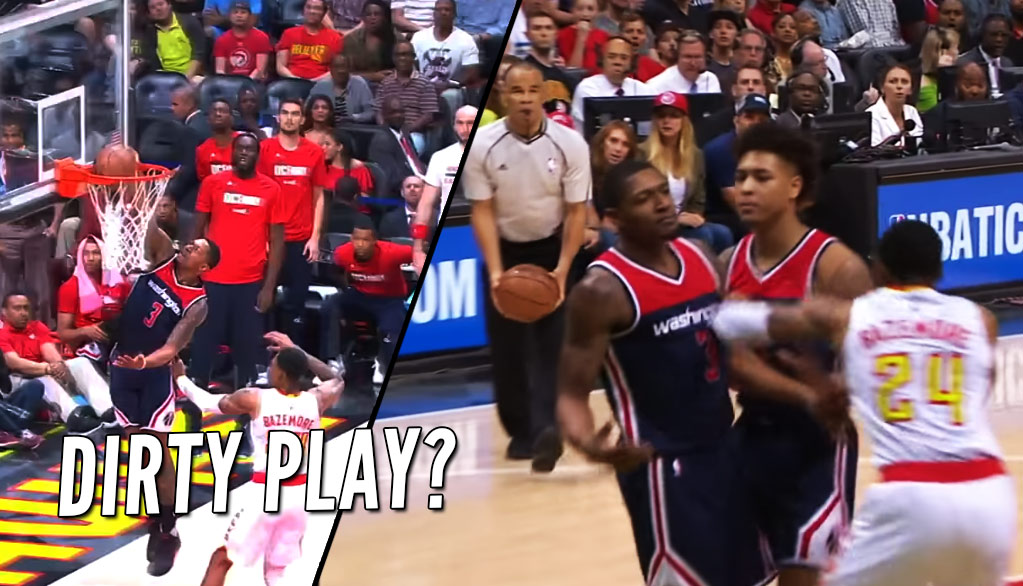 I’m not calling Kent Bazemore a dirty player and neither did Bradley Beal after the game, but anytime you make contact with a player while they ...(Read more)

I’m not calling Kent Bazemore a dirty player and neither did Bradley Beal after the game, but anytime you make contact with a player while they are in the air without making any effort to steal or block the ball, it’s going to be viewed as a dirty play.

With a little less than a minute in the first quarter, Bazemore had one of his seven turnovers and then gave Beal a light shove while Beal was mid-air for a layup. Beal jumped up, gave Bazemore a bump while yelling at the refs for not calling a foul and then we had your typical 2017 NBA fight with lots of yelling and hold me backs.

Besides Beal and Bazemore, Jason Smith and Tim Hardaway Jr were also given techs for the little commotion. Once the dust cleared, we had a real ugly minute of basketball: Beal gets called for an offensive foul, Wall enters the game for Beal, Bazemore turns the ball over again and then Wall commits one of his seven turnovers.

Besides the turnovers and fouls, Wall and Beal combined for 73 points as they eliminated the Hawks 115-99. Once the final buzzer went off, Bazemore had no desire to hang around and shake hands with Wall and the Wizards.

The best thing about that video was watching ESPN reporter Israel Gutierrez chase Wall around to get a postgame interview before ESPN gives him a pink slip (just kidding!).