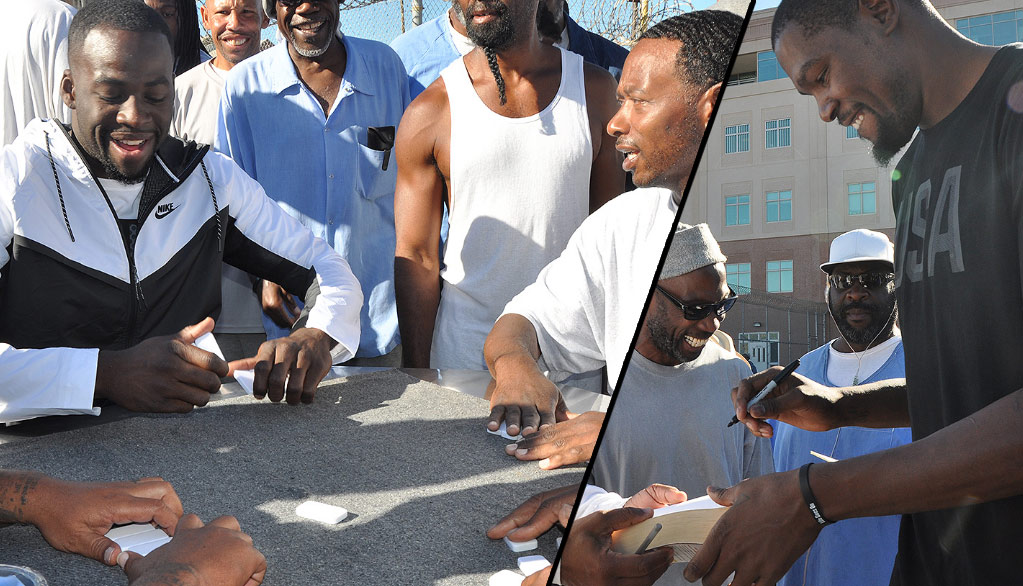 About 14 years ago, San Quentin allowed certain inmates to form a basketball team and host games as part of a prison outreach program. The team ...(Read more)

About 14 years ago, San Quentin allowed certain inmates to form a basketball team and host games as part of a prison outreach program. The team was called The San Quentin Warriors and about a decade ago, the Golden State Warriors got involved by donating practice jerseys to the players. Then one of the staff members, Ben Draa, started playing there. This led to assistant GM Krik Lacob going, which led to former coach Mark Jackson and other members of the staff going and playing.

The game between the two Warriors teams has now become an annual event and this past Saturday, new Warrior Kevin Durant, along with Draymond Green  – who has been visiting the prison since his rookie season – took a trip to the prison to watch GM Bob Meyers and other GSW staff members play in the game, as well as sign autographs and play a few games of Dominoes – am I the only person who thought of this clip from “Boyz From The Hood” when picturing Draymond playing Dominoes?

2015 VIDEO ABOUT THE WARRIORS GOING TO SAN QUENTIN