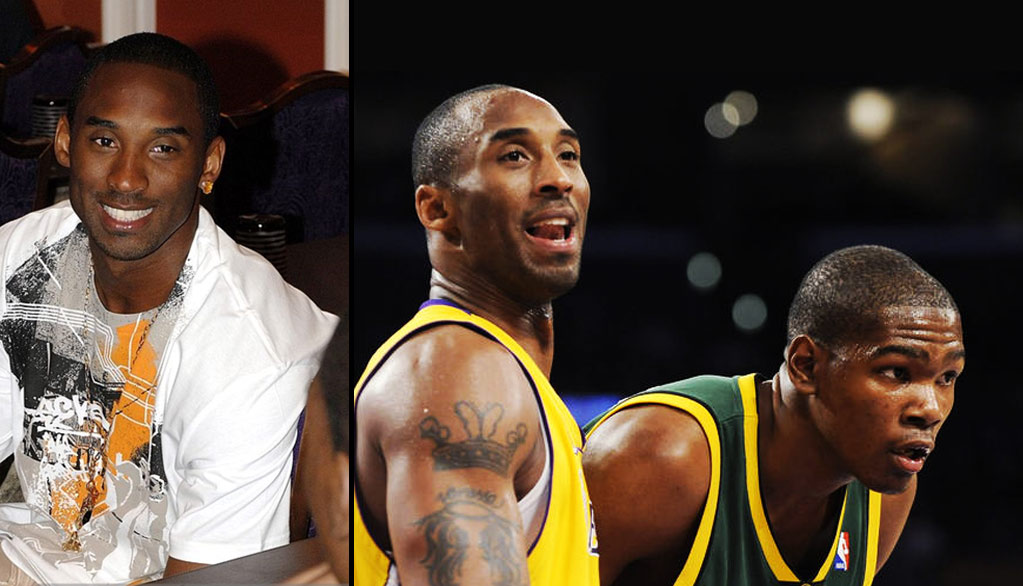 A week before Kobe Bryant’s final NBA game, Nike released a video with of a bunch of Nike athletes describing Kobe in one word: fearless, obsessive, ...(Read more)

Kevin Durant On Meeting Kobe Bryant At The Age Of 18: “Kobe Is A God To Me, Basketball-wise”

A week before Kobe Bryant’s final NBA game, Nike released a video with of a bunch of Nike athletes describing Kobe in one word: fearless, obsessive, winner, respected, unpredictable, genius were a few. The one Kevin Durant used was “a$$hole.” The same word Steve Nash used in the must-see documentary ‘Kobe Bryant: Muse’ when describing the Laker great.

During a recent appearance on First We Feast’s “Hot Ones,” KD ate some hot wings and had some high praise for the a$$hole, when asked about a 2007 photo of him meeting Kobe in Vegas during training camp for the USA basketball team.

“I remember that I was shaking. Kobe is a God to me, basketball-wise. To see him actually know my name at that time, I was 18, it was surreal.”

Did you learn anything from him?

“Yeah, every time you touch the ball, shoot it.”

Back in 2014, KD also sang Kobe’s praises and went off on the idea that some players supposedly didn’t want to play with Kobe because of his intense nature.

“Excuse my language, but that’s bull $hit,” Durant said to USA Today. “I want to play with a winner every single night, especially somebody who wants to win that bad, who works that hard, who demands a lot, who raises up your level. I’d want to play with a guy like that every day. … (His style) may make people uncomfortable, how he acts and just how he approaches the game, but I love that type of stuff. I think (the accusation) is BS.