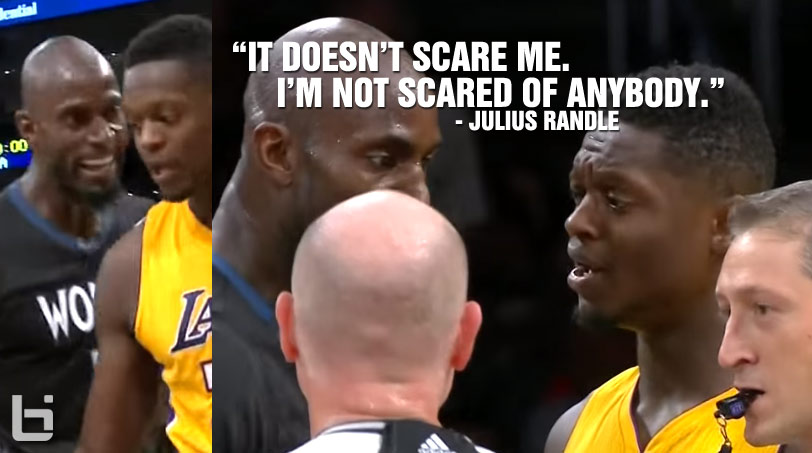 Julius Randle was about to turn a year old when a teenage Kevin Garnett entered the league as the future of the TWolves franchise.  Since that ...(Read more)

KG Tries to Intimidate Julius Randle, Randle Says “I’m Not Scared of Anybody”

On Wednesday night, the two faced off against each other and it didn’t take long until KG tried to get into the face of Randle. And from the looks on the faces of the two, Randle wasn’t having any of it.  Not only did he give KG that DeNiro in Taxi Driver look but he bumped the legend and minutes later clowned him by throwing the ball off of his back on an inbound play.

After the game, Randle, who had 15 points and 11 rebounds, talked to reporters about trash talking with KG.

“It doesn’t scare me. I’m not scared of anybody. We know that’s his thing,” said Randle. “I’ve been watching him my whole life so I knew what to expect.”