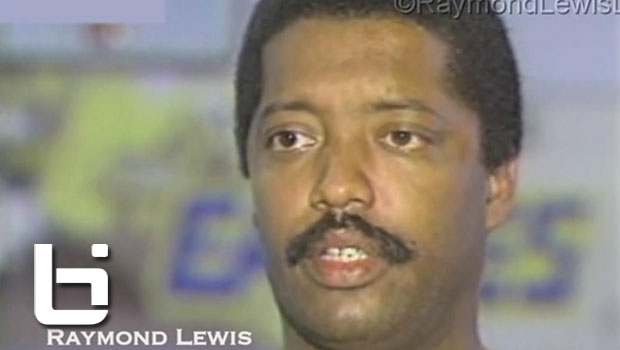 The story of Raymond Lewis is one of the most unique in basketball history. When he was drafted by the Philadelphia 76ers in 1973 out of ...(Read more)

The story of Raymond Lewis is one of the most unique in basketball history. When he was drafted by the Philadelphia 76ers in 1973 out of Cal-State Los Angeles, Lewis was the youngest player ever drafted up to that point. A series of poor management decisions for Lewis’ career ultimately led to him never playing a single minute in the NBA. This unique sports tragedy and cautionary tale is now being chronicled in a documentary that can use your help.

If you follow street ball or know anything about basketball in L.A., you’ve heard the name Raymond Lewis before.

You’ve probably heard some of the stories, too: How the lightening quick 6-foot-1 point guard beat 30 other elite streetball players 1-on-1 all in the same day, or how while still in high school, Lewis led a group of teammates to a win over the Los Angeles Lakers’ summer league rookie team. Or how about the unforgettable night when he dropped 53 points on top three in the country Long Beach State his sophomore year at Cal-St-Los Angeles?

There are countless stories, and when the Under Armour Elite 24 was held at Venice Beach from 2010-2012 it helped spread his fame and notoriety as Los Angeles’ ultimate street baller. One of the teams for the elite high school event was named the Raymond Lewis squad.

Documentary film maker Ryan Polomski and co-producer Dean Prator have worked hard to get Lewis’ story out to the world. In the past couple of years, they’ve unearthed the necessary archival footage of Lewis to take their project to the next level.

The game film confirms what we’ve long heard about Lewis: straight-line player with a wicked first step, a stop-on-a-dime jumper with unlimited range and the confidence to play with and go at anyone in his path.

Now Polomski and Prator are reaching out to the basketball community for support of their 30-day Kickstarter Campaign “Raymond Lewis: L.A. Legend” in order to complete the interviews, obtain license fees and create original animations. They have an ambitious goal of raising $45,000 between March 31 and April 29. To view the Kickstarter Campaign, CLICK HERE.

The completed Raymond Lewis documentary will tell the unique life story of Raymond Lewis, a basketball playground legend from South Los Angeles and controversial NBA walkout who claimed to be ‘blackballed’ by the league during the 1970’s. Late Hall of Fame coach Jerry Tarkanian called him “the greatest offensive player [he] ever saw.” Many consider him the greatest talent to never play a game in the NBA. Utilizing never-before seen archival game film once feared lost, and interviews with some of the game’s greats (Former Laker Michael Cooper, former NBA All-Star and current Cal-St. Northridge coach Reggie Theus, and Tarkanian, to name a few), “Raymond Lewis: L.A. Legend” will attempt to piece together the mystery, myths and truths of one of basketball’s strangest careers and most meaningful stories.

Feel free to contact Director and co-Producer Ryan Polomski at (512) 417-2685 or email him at: ryan.polomski@gmail.com with any questions regarding the documentary or Kickstarter campaign.