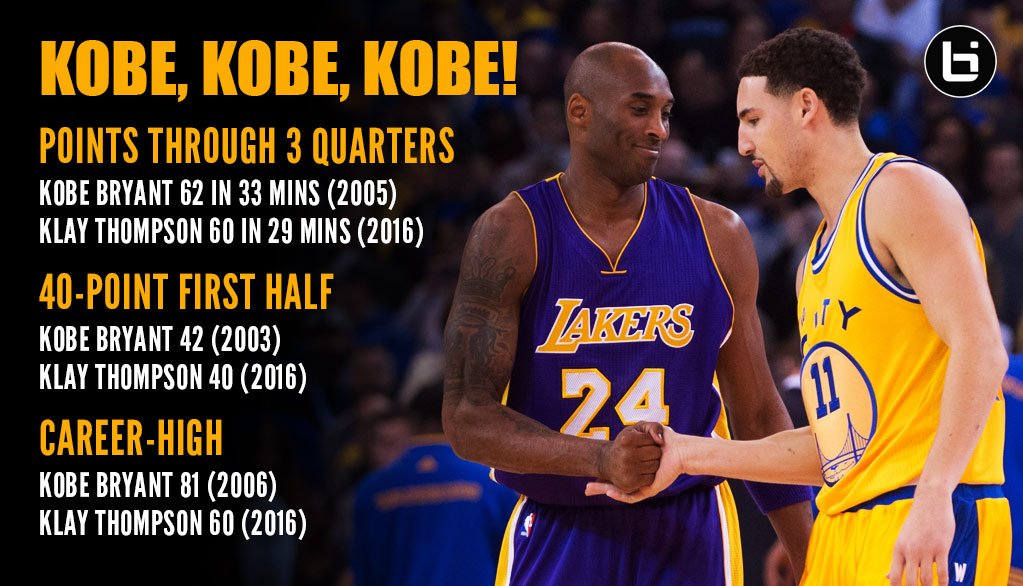 If you are old enough to remember the TV show “The Brady Bunch” (RIP to Florence “Carol Brady” Henderson, who died last month) then you know ...(Read more)

If you are old enough to remember the TV show “The Brady Bunch” (RIP to Florence “Carol Brady” Henderson, who died last month) then you know how jealous Jen used to always say, “Everybody loves Marsha. Marsha, Marsha, Marsha!”

While watching Klay Thompson put up a ridiculous 60 points in 29 minutes against the…who did they “play” against…oh, Pacers, it only reminded me (as if I needed a reminder) how great Kobe Bryant was and how a lot of Warriors fans must have felt like Jen as the internet continued to bring up Kobe’s name: Klay’s 40-point half was the first since Kobe in 2003; Klay’s most points through 3 quarters since Kobe in 2005; Klay played the fewest minutes to reach 60 since Kobe; Klay was on pace to try to top Kobe’s 81; Kobe, Kobe, Kobe, everybody always talks about Kobe!

So in honor of Klay’s historic night and Kobe’s historic career, here’s the highlights of a few games by the basketball version of Marsha Brady.

On March 28th of 2003, a 24-year old Kobe Bryant dropped 42 first half points against Michael Jordan and the Wizards. In the 2nd quarter, Kobe made nine shots in a row and scored 23 consecutive points.  Read More