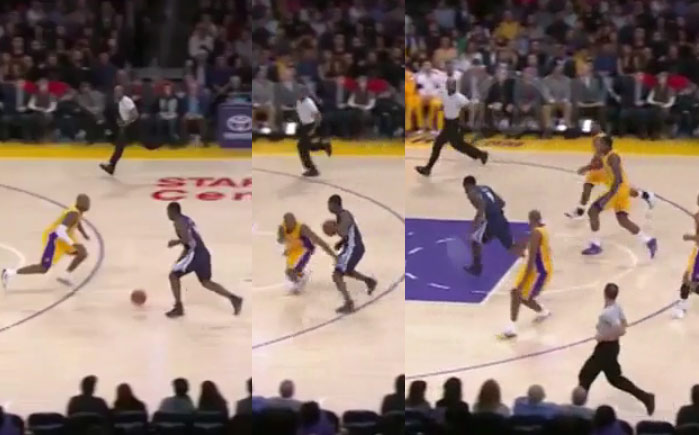 Kobe Bryant had a tough night against the Memphis Grizzlies on Friday and it ended with another missed potential game-winner. The reason why I said “another” is ...(Read more)

Kobe Bryant flips out on Jeremy Lin, gets crossed & takes the L vs the Griz

Kobe Bryant had a tough night against the Memphis Grizzlies on Friday and it ended with another missed potential game-winner. The reason why I said “another” is because the missed shot marked the 13th straight time he’s missed a game-tying or go-ahead shot in the final 5 seconds of a 4th quarter or OT.

“It’s never over. You can’t really believe that it didn’t go in when he shoots it,” Memphis coach David Joerger said. “We all have watched him for so many years and he makes so many great plays, which he did tonight. He hit a tough 3 when Quincy was right on him to bring it back to a one-point game.”

As impressive as that shot was, what will be remembered about that play is what happened after Kobe’s shot. As Mike Conley dribbled the ball, Kobe was screaming at Jeremy Lin to foul him. Lin was instructed by Coach Scott not to so he ignored a furious Kobe who ran up and fouled Conley himself.

After the game Kobe talked about Lin and said “he just needs to relax” and praised the play of Ed Davis who had an impressive block on Tony Allen after Allen crossed Kobe.