It would have been nice if it was a dunk or nicer if it was a fade-away jumper but with this free throw in the 2nd quarter of Sunday’s game against the Timberwolves, Kobe Bryant passed Michael Jordan for 3rd place on the all-time scoring list.

“You get up there and the crowd’s really waiting to see you score nine points, so don’t (screw) this up and completely kill the moment,” said Kobe about approaching the milestone.

A milestone that two of arguably the greatest players of all-time paid their respects to last night.

“I congratulate Kobe on reaching this milestone,” said Michael Jordan. “He’s obviously a great player, with a strong work ethic and has an equally strong passion for the game of basketball. I’ve enjoyed watching his game evolve over the years, and I look forward to seeing what he accomplishes next.”

“Laker fans we’ve been so blessed to watch Kobe Bryant, one of the top 5 or 6 best players ever, play in a Lakers uniform!” added Magic Johnson via Twitter.

“That’s the most important thing to me, is playing for the respect of the greats and feeling like I’m a part of that culture and a part of that brotherhood,” replied an emotional Bryant when told about Magic’s statement during a post-game interview.

“I witnessed greatness tonight,” said #1 pick Andrew Wiggins who scored 16 points in the game. “A living legend passed Michael Jordan, who everyone thinks is the best player of all-time. That’s a big accomplishment. I’m glad I was there to witness it.”

Wiggins also got to witness Kobe hit the game-winning 3-pointer, right in his face, with a minute left in the game and a couple more free throws to put the game away and give him 26 points.

Unlike any other game where Kobe hit daggers against another team on their homecourt, this crowd chanted his name as he left the building.

“It was different,” Bryant said. “I’m so used to being the villain all the time on the road it took a minute to kind of adjust. It felt good to be appreciated like that.” 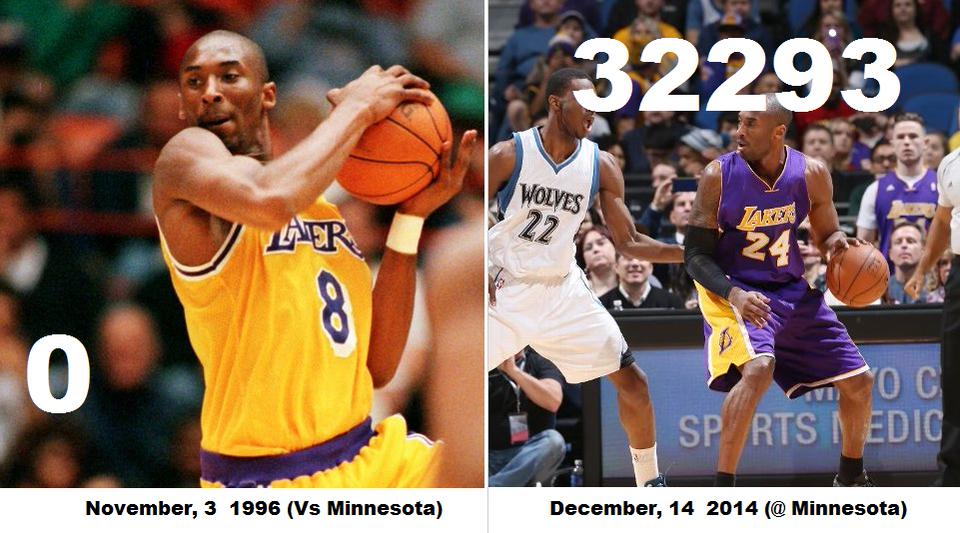 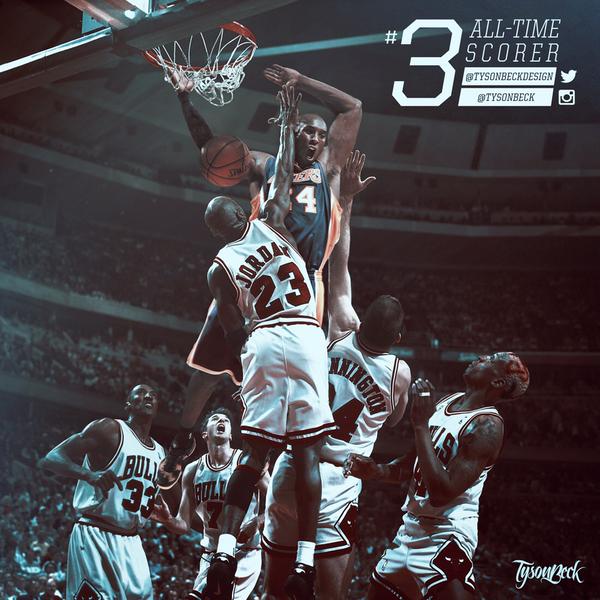