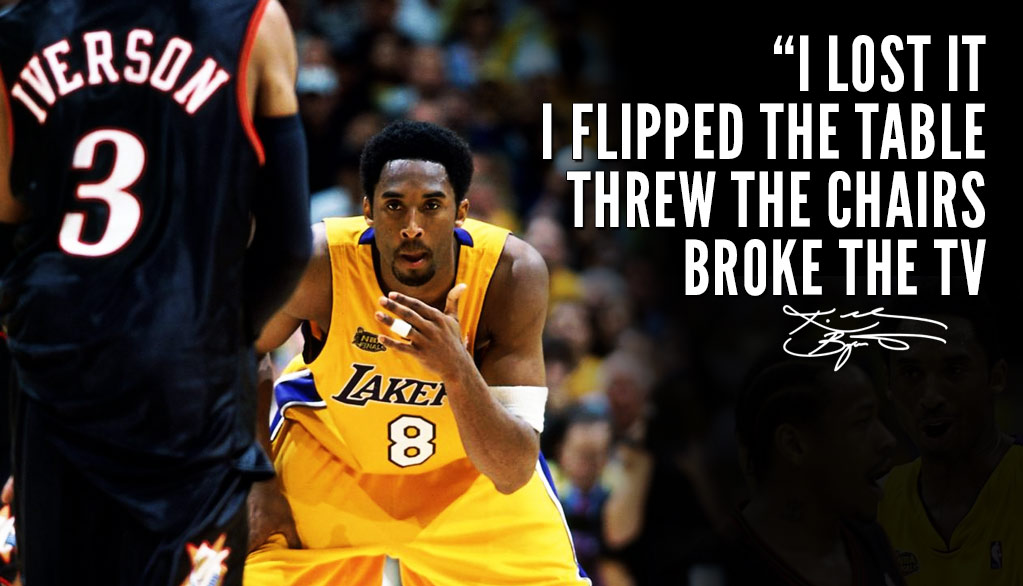 As a supplement to his new “Obsession is Natural” campaign for BodyArmor sports drink, Kobe Bryant penned a letter on ‘The Players’ Tribune‘ about his obsession with Allen Iverson that started 21 years ago.

His obsession was so consuming he once broke a TV and tore up a hotel room after seeing Iverson dropped 35 on the same night he only scored two points.

His obsession was so borderline crazy, he not only studied every piece of video he found on AI, he studied the way great white sharks hunt seals.

He talks about the time he was able to get “sweet revenge” by holding Iverson scoreless in a half and how he approached every meeting afterwards as “life and death.’

This wasn’t the first time he’s talked in-depth about his obsession with Iverson. Here’s what he had to say back in 2016 when asked about his favorite memory of Iverson.

“AI as a competitor, he drove me to be as obsessive, more obsessive about the game, because I had to figure out how to solve that problem, you know? And I told him — I saw him here this weekend. I said you don’t realize how much you pushed me. And I don’t think people nowadays realize how great you were as a player and how big of a problem you were for defenses. Happy for them both.

“When I matched up AI in Philadelphia in 1999, that was a big turning point for me. I remember being on the bus saying, you know what, I’ve got to become one of the best defensive players of all time because I can’t have this happen. That’s a direct result of what AI did to me that night in Philadelphia. I don’t think people realize how cold he was. They have no idea how hard it was to guard this guy. ” 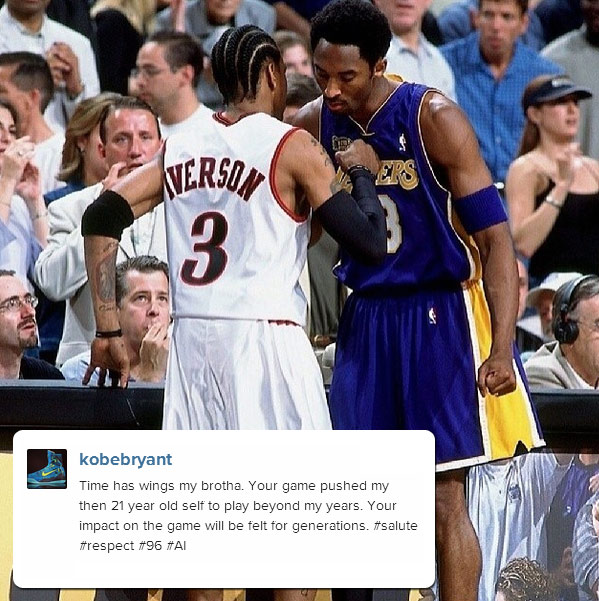