In his final game in San Antonio, Kobe Bryant gave the Spurs and their fans one last scare. During the 3rd quarter, Bryant scored 16 of his 25 points and helped the Lakers almost end the Spurs 27 game home win streak.

“It’s like watching Michael (Jordan),” San Antonio coach Gregg Popovich said. “I was just watching. It was great. It was great. We made some mistakes. He took advantage of it. He’s fantastic.”

The Spurs took back control in the 4th quarter and eventually pulled out a 106-102 victory to extend their home win streak to 37 (dating back to last season). But the real story was Kobe’s last stand in San Antonio.

On this night, he didn’t kill them but he reminded them he’s a killer and in return, they showed him love. 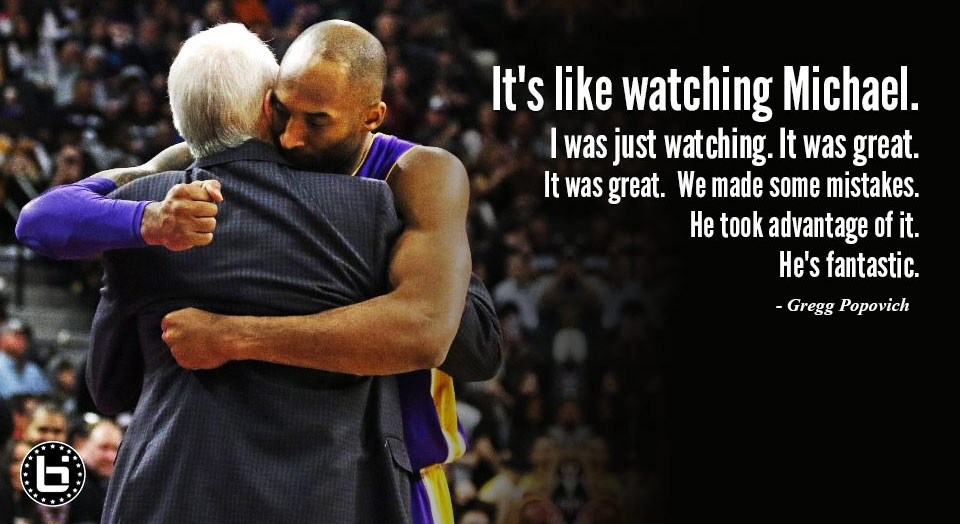 After the game, Kobe had an amusing story to tell about some “trash talking” between him and a sidelined Tim Duncan.