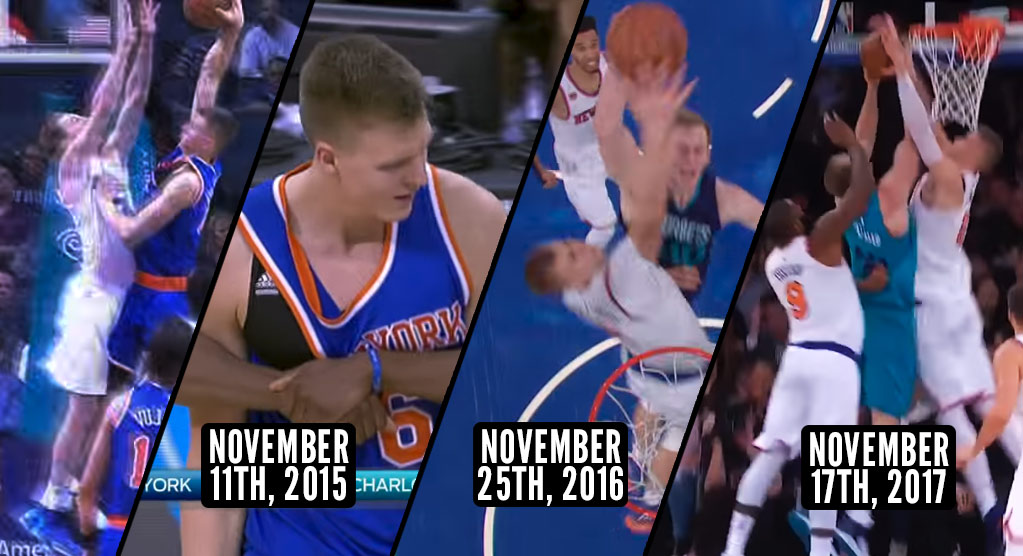 During the New York Knicks 118-113 victory over the Charlotte Hornets, Kristaps Porzingis rejected Cody Zeller THREE times within a crowd-pleasing three-second sequence. It was one of ...(Read more)

Kristaps Porzingis Is Still Getting Revenge On Cody Zeller

During the New York Knicks 118-113 victory over the Charlotte Hornets, Kristaps Porzingis rejected Cody Zeller THREE times within a crowd-pleasing three-second sequence. It was one of the many highlights by the Unicorn who knocked down 10-of-15 shots, including a clutch three with a little less than two minutes remaining in the game.

While most people are going to want to talk about how Porzinigis is having arguably the best start of a season in franchise history (he passed Bernard King for most points scored over the first 10 games), I want to talk about the (who really gives a F, besides me) history between him and Zeller .

The story goes back to an exhibition game during Porzingis’ rookie season. In the final minute of the first half, Porzingis went for a one-hand dunk and Zeller swatted it with two-hands like Theo Ratliff (how’s that for a name drop?) used to do!

The block of the night resulted in some priceless reactions from Knicks fans, who had no idea the player they booed on draft night was going to become not only the future franchise player but the future of the league. 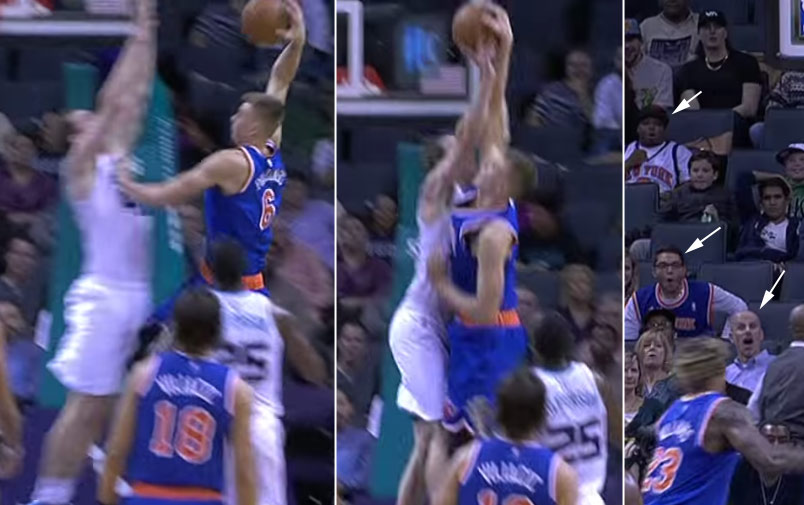 I even remember one fan calling him Weakzingis after the play.

With .04 seconds left in their first meeting of the regular season, Zeller, who just missed 7-of-15 free throws, scores off an inbound play to give the Hornets a two-point lead. Porzingis answers with a catch-and-shoot three-pointer at the buzzer. Knicks celebrate. The refs call it off and screw the team that doesn’t need any help getting screwed.

They played each other a week later and Porzingis scored a then career-high 29 points in a win for the Knicks.

A little more than a year later, Porzingis got some payback on Zeller when he swatted one of his dunk attempts late in the 4th quarter. Then in overtime, he came up with a clutch rejection on Frank Kaminsky.

The two teams had a rematch the following night but this time the Hornets got the W, despite 25 points from Porzingis.

I think it’s safe to say Cody Zeller should just plan on getting blocked or beaten by Porzingis every November. He should mark this and Thanksgiving as two things to (not) look forward to each November. As mentioned at the beginning of this post, besides getting rejected three times in a row by Porzingis, Zeller had to watch the future of the Knicks put up a clutch 28 points, including four from downtown.

At least he didn’t get winked at like Dwight Howard.

Speaking of Dwight, these two have some history too, which goes back to November (it had to be November) of 2015, when Dwight made a Porzingis Poster.