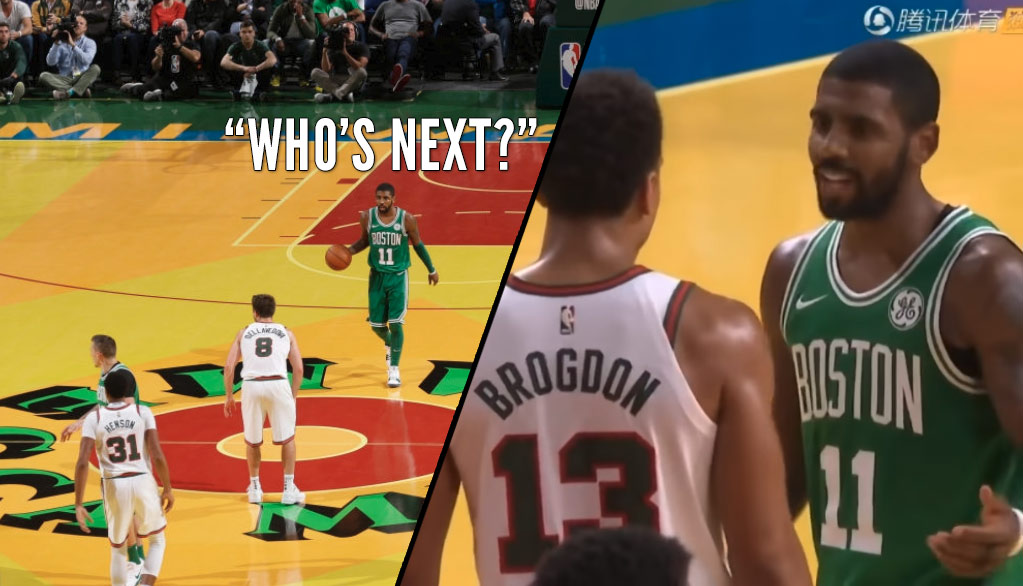 Going into Thursday’s game against the Bucks, Kyrie Irving expressed his concerns about the “Return to the MECCA'” floor, thinking it was actually the Robert Indiana ...(Read more)

Going into Thursday’s game against the Bucks, Kyrie Irving expressed his concerns about the “Return to the MECCA'” floor, thinking it was actually the Robert Indiana designed court from 1977 instead of a repainted replica.

“I’m all about safety, so we’ll see how it is on my knees, see how it is on everyone’s bodies,” Said Irving. “I know this is a pretty older court and it looks like it’s fresh painted as well. I’m just going to do my assessment and go from there… It took me three steps to realize this is not the same NBA court I’m used to playing on. We’ll see what’s up.”

His knees looked just fine once the game tipped off. Besides putting on a dribbling exhibition and making victims out of multiple defenders — including Giannis Antetokounmpo —  Irving scored 24 points on 10-of-18 shooting, dished out a team-high 7 assists, racked up 2 steals and even blocked a shot in the Celtics 96-89 victory.