Michael Jordan had plenty to be excited about during last night’s OT victory over the Bucks. Kemba Walker’s OT game winner obviously is on the top of the list but the play of Lance Stephenson is right up there.  Lance flirted with a triple double with 13 rebounds and 8 assists but struggled scoring and only made 3 of 12 shots for 7 points.  After missing his first 6 shots, he took his scoring frustration out on Larry Sanders in the 3rd when he drove down the middle and threw down a monster dunk.

“If I ain’t scoring I’m going to do other things,” Stephenson said. “I’m going to pass to my teammates, rebound, play a little defense and just help us win. I struggled on the offensive end and I’m going to get it together and just keep playing hard.” 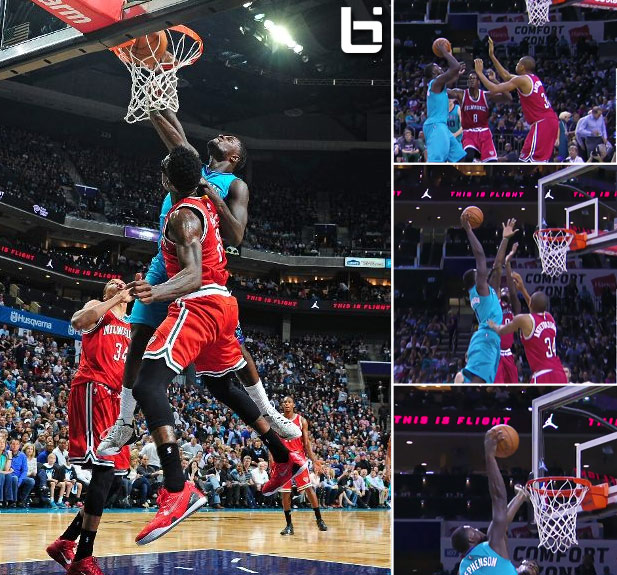