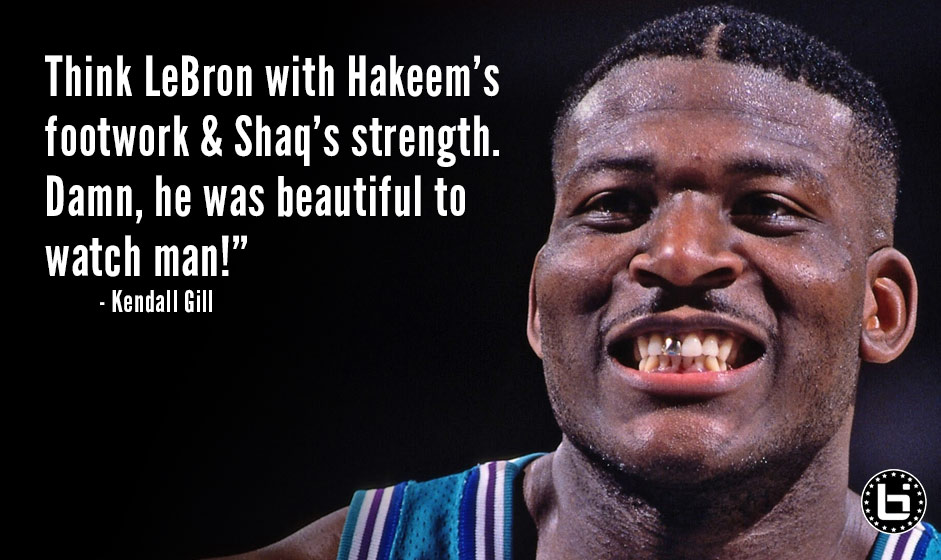 When Jerry West was asked back in 1992 to pick the best passer, rebounder, scorer, etc. for a special series Upper Deck trading cards, The Logo ...(Read more)

When Jerry West was asked back in 1992 to pick the best passer, rebounder, scorer, etc. for a special series Upper Deck trading cards, The Logo selected Larry Johnson as the “Future Best All-Around Player.”

In his second season, the NBA Rookie of the Year showed he was well on his way as he made All-NBA 2nd Team Honors and earned a starting spot in the NBA All-Star game. Slam Magazine even put him on the cover of their debut issue.

Then two months after signing the biggest deal in NBA history (12 years/$81 million), he injured his back and ended his road to becoming the best all-around player in the league. The UNLV great and coolest grandma ever still played a decade in the NBA and will always be remembered by Hornets, Knicks and most basketball fans lucky enough to see him in his prime as one of the best basketball talents ever.

Here’s what former Charlotte teammate Kendall Gill had to say about his ex-partner in crime.

‬ I played with a lot of great players in my day. But Larry Johnson before he hurt his back was the best I’ve ever played with. His combination of size, strength, athleticism and Intelligence was unsurpassed. I have not seen anyone like him since. He could take you outside and then beat you up inside. Think Lebron with Hakeem Olajuwons footwork and Shaq’s strength. Damn he was beautiful to watch man! At 6’7 250lbs I saw first hand how he dominated Barkley, Malone, Robinson just to name a few. If not for the injury LJ would have gone down as one of the best to do it! Looking back I wished I would have played my whole career with him.