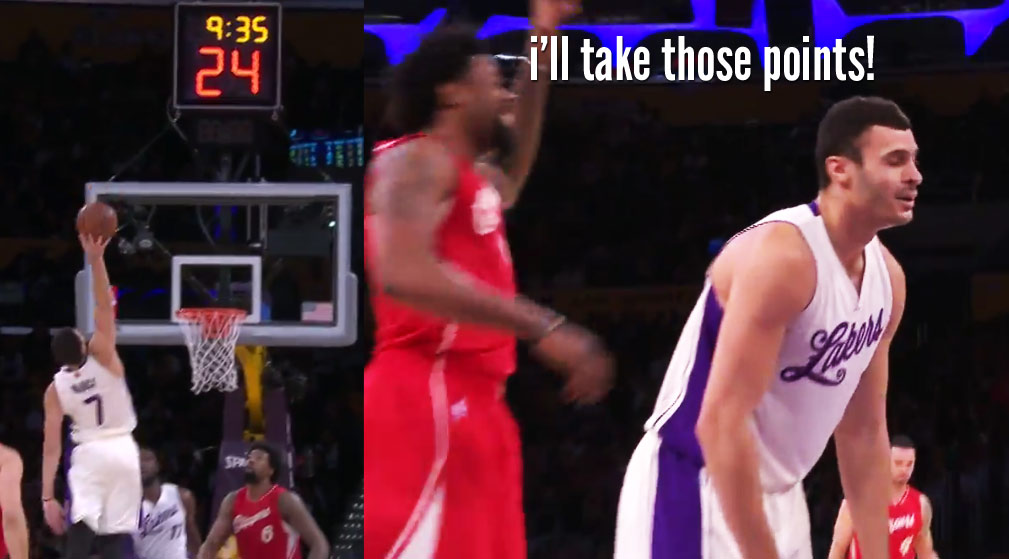 Lakers rookie Larry Nance Jr had a nice Christmas gift for DeAndre Jordan during the 1st quarter of the Lakers 10 point loss to the Clippers: ...(Read more)

Lakers rookie Larry Nance Jr had a nice Christmas gift for DeAndre Jordan during the 1st quarter of the Lakers 10 point loss to the Clippers: an offensive rebound and his first bucket in the game.  While trying to grab a rebound near the free throw line off a missed 3-pointer by Chris Paul, Nance ended up throwing the ball into the basket for the Clippers. Since Jordan was the closest person to him, he was rewarded with his first rebound and points of the game.

“I thought that was indicative of how this season has gone.” Coach Scott said about Nance’s shot.

I hate to pick on Nance’s first quarter – all of the Lakers, with the exception of Roy Hibbert (seriously) and D’Angelo Russell, struggled in the opening quarter and Kobe was 0-3 for 2 turnovers – but his wrong team bucket was just the cherry on top. In the first 2 minutes of the quarter, Nance had a missed shot, a bad pass turnover, a kickball violation, a foul and the gift to DJ. After a few minutes of silence, he missed a layup and then was replaced by Julius Randle. Randle didn’t do much better and finished the quarter with a missed shot and a travelling violation.

Nance finished the game with 6 points and 5 rebounds in 21 minutes. DeAndre Jordan finished with 9 points and 14 rebounds.

Nance can thank the good people at Shaqtin a Fool for delivering a golden ticket to him before the game. The ticket entitles a player to a “lifetime exemption” from being on the show and he redeemed it after the game which means his shot for the Clippers will not make Shaq’s next list. 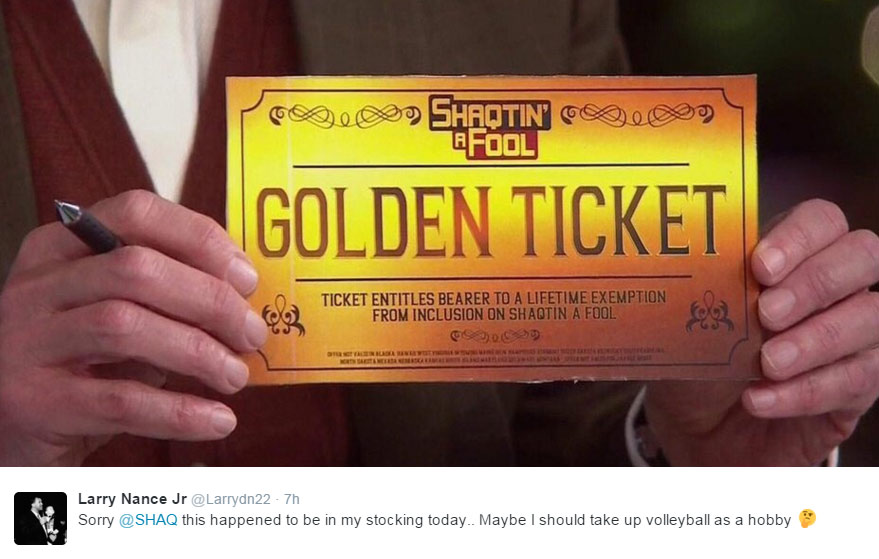 His wish was for every shot to be a dunk but you can’t beat a player making a shot for you.