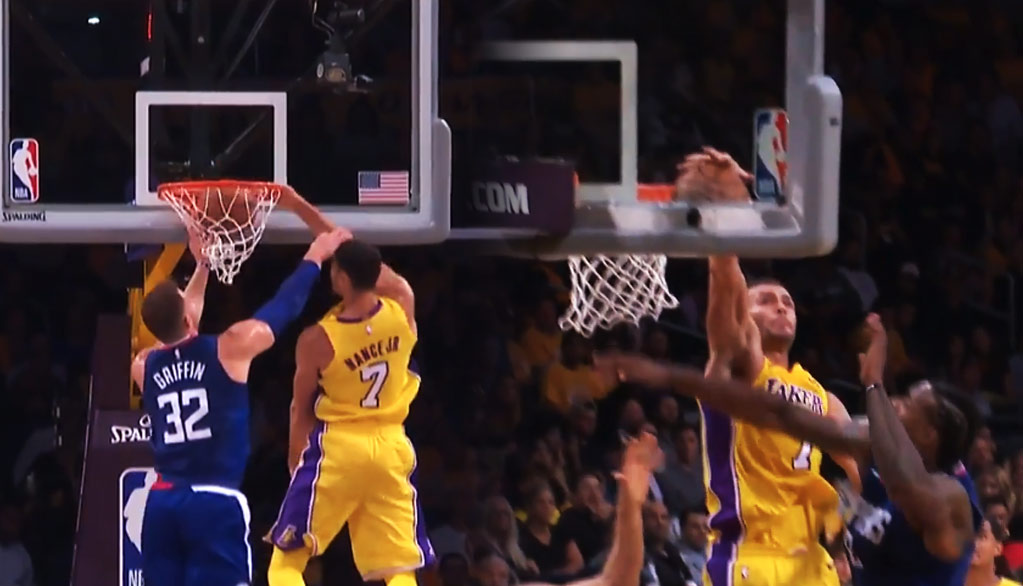 Larry Nance Jr got the start over Julius Randle on Thursday and responded by putting together the best stat line from a Laker: 14 points (7-11 ...(Read more)

Larry Nance Jr got the start over Julius Randle on Thursday and responded by putting together the best stat line from a Laker: 14 points (7-11 fg, while Brook Lopez went 7-19), 12 boards (1 more than Lopez and Ingram combined) and a block in 30 minutes of action. He did miss both of his free throws, so did Lonzo Ball. He also had 3 turnovers, so did big man Bogut, who played just 11 minutes.

Besides making daily fantasy owners happy with his double-double, he also made the NBA video countdown makers happy with two of the best highlights of the night. The first was a putback dunk over Blake Griffin, who never saw it coming.

The dunk made teammate Brook Lopez happy he doesn’t have to worry about ending up on anymore Nance posters. And it pissed off Blake, who responded by putting Julius Randle (of all people) on a poster.

The other highlight of the night candidate was this pinning of DeAndre Jordan’s shot against the backboard.