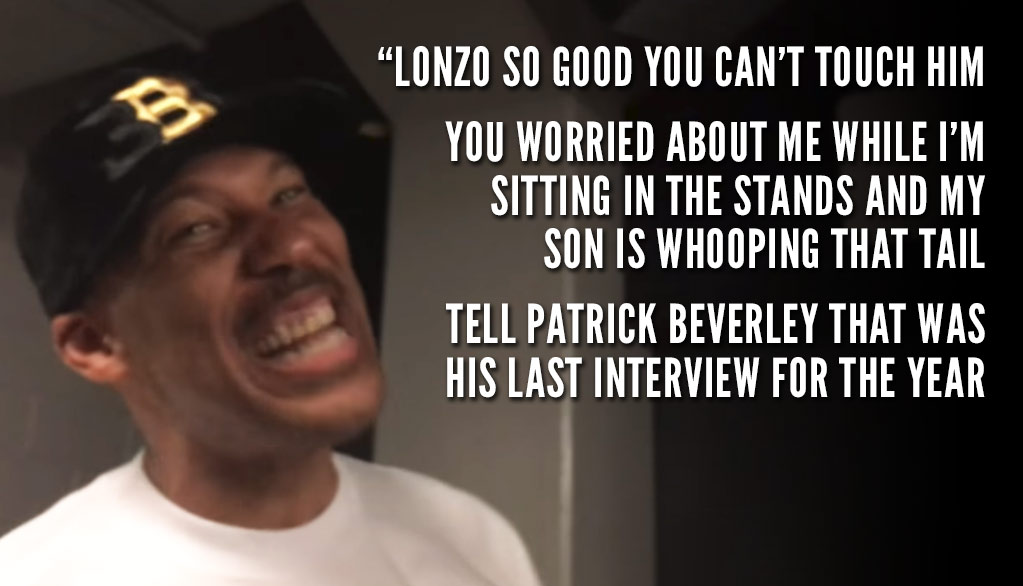 Here’s his rant after Lonzo’s bounce-back performance against the Suns on Friday that ends with an amusing shot at Patrick Beverley: “Tell Patrick Beverley that was his last interview for the year.”

Before the shot at the the Clippers new point guard, Ball also talked about the Lakers going for 50 wins (!!), not caring about Lonzo’s near triple-double, what the Lakers are missing and why Lonzo will always have a bad rap.

“He’s always going to have a bad rap. You know why? Because I’m talking so bad about him. Lonzo so good you can’t touch him. Everybody want to quiet me up. You worried about me while I’m sitting in the stands and my son is whooping that tail.”

In case you missed it, here’s LaVar after Lonzo’s NBA debut.