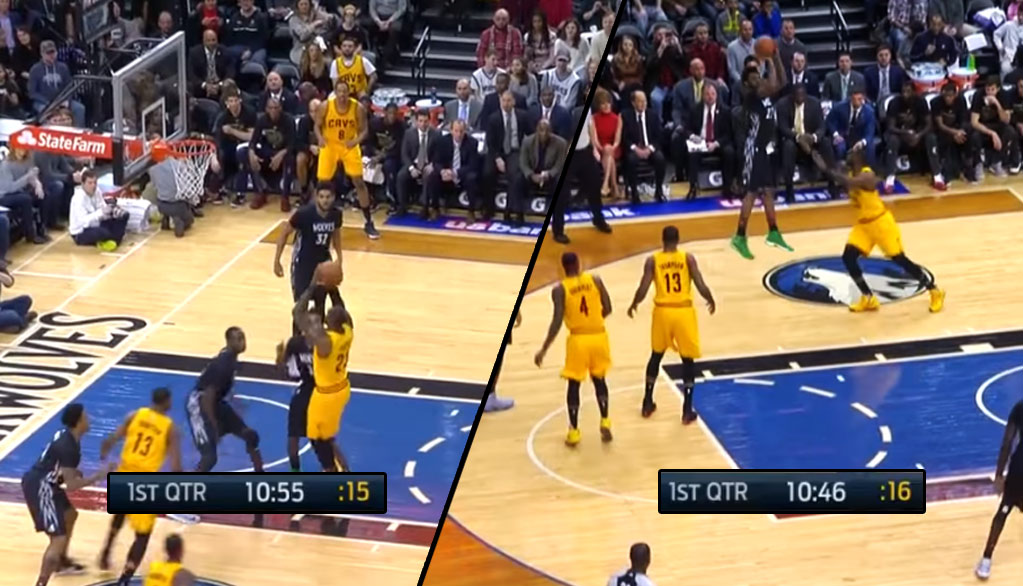 Former #1 picks of the Cavs, LeBron James and Andrew Wiggins, both put on a show with some big stat lines on Tuesday night, although it ...(Read more)

LeBron & Andrew Wiggins Exchange Airballs Against Each Other

Former #1 picks of the Cavs, LeBron James and Andrew Wiggins, both put on a show with some big stat lines on Tuesday night, although it took a few minutes for them get going.

A minute into the first quarter, LeBron pulled up for a 14-foot shot over Wiggins and got nothing but air. Wiggins responded by going one-on-one with LeBron and shooting his own airball. Wiggins made his next shot, then missed a 5-footer and got blocked by Channing Frye moments later. After LeBron’s airball, he was blocked/fouled by KAT, went to the free-throw line and missed one of the two free throws. He was charged with an offensive foul two minutes later and then missed a three-point attempt before coming out of the game in the first with just one point.

They started cooking afterwards, especially Wiggins, who scored 20 of his game-high 41 in the 3rd quarter.

“It’s always competitive playing them,” Wiggins said. “I feel like it brings out the best in everybody.”