While his movie debut ‘Trainwreck’ was opening nationwide, LeBron, wearing a custom Indians jersey, took in some summer action by stopping by the Cavs & TWolves game.

During a break, LeBron casually hit a seated sideline shot and acted like he wasn’t impressed – I doubt he was.  But what I bet he was impressed with was seeing future teammate 5’11 Keifer Sykes throw down this alley-oop dunk. 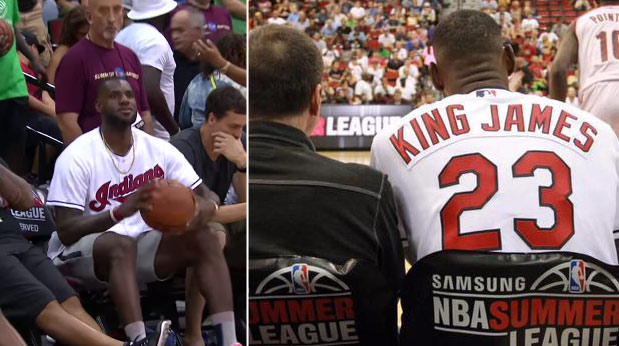