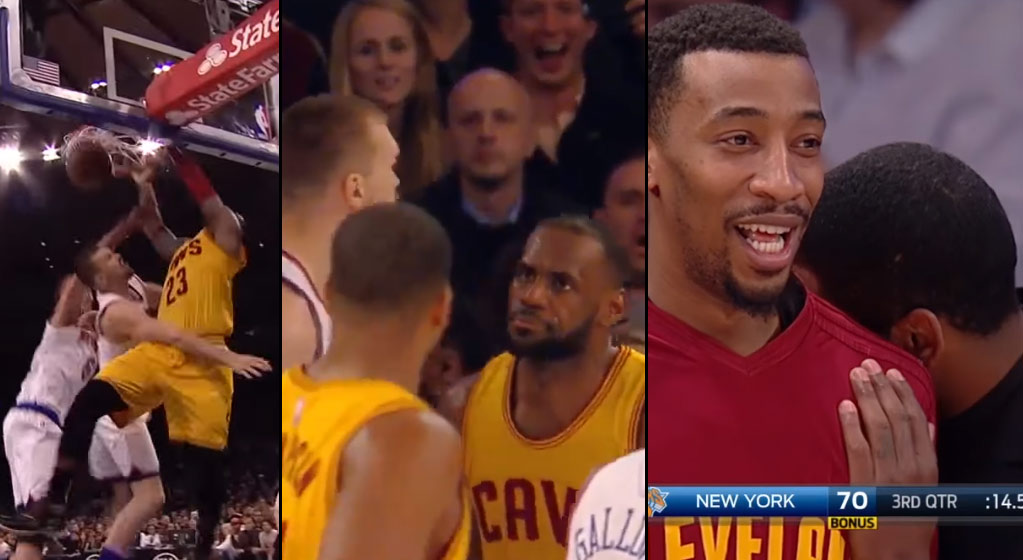 You might not remember Lou Amundson with the Cavs. It was after his time with the Jazz, 76ers, Suns, Warriors, Pacers, Wolves, Bulls and Hornets and before ...(Read more)

You might not remember Lou Amundson with the Cavs. It was after his time with the Jazz, 76ers, Suns, Warriors, Pacers, Wolves, Bulls and Hornets and before he was traded to, waived by, and signed 3 contracts with the Knicks within 25 days. I think LeBron remembers his teammate and that’s why he gave him a little extra attention after dunking on him, along with his teammate Porzingis, on Saturday.

“I was just in attack mode and understanding that they had two shot blockers at the rim and just try to finish strong at the rim,” James said of the dunk. “I have the ability to do that at times and we needed a bucket.”

Anyways, the refs noticed the nasty stare and rewarded LeBron with a tech (missed by Arron Afflalo because “Ball Don’t Lie”) to go with his 27 points, 11 rebounds and 10 assists.

The triple-double was the 42nd of his career and the 27 points moved him within 3 points of the human highlight film, Dominique Wilkins for 12th place on the NBA’s scoring list.