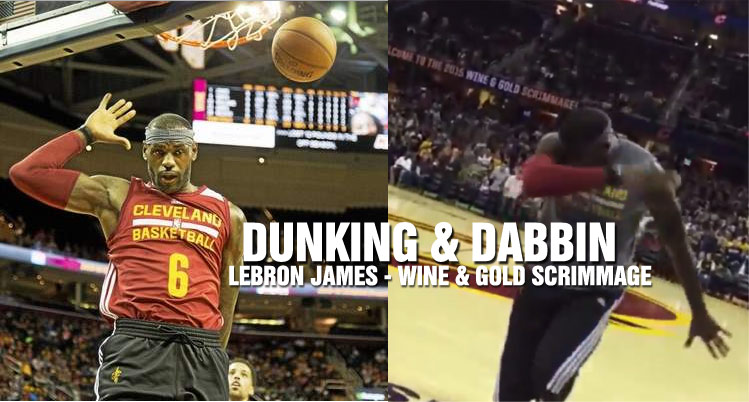 “When he went to the pros he wore 2 in practice but wore 21 on the playing field. It’s like that.”

As for the free to the public scrimmage, James shot 2 of 7 for the losing team which was led by Mo Williams and his 9 points.  The Gold team was led by undrafted rookie Quinn Cook who had a game-high 13 points on 5 of 6 shooting.