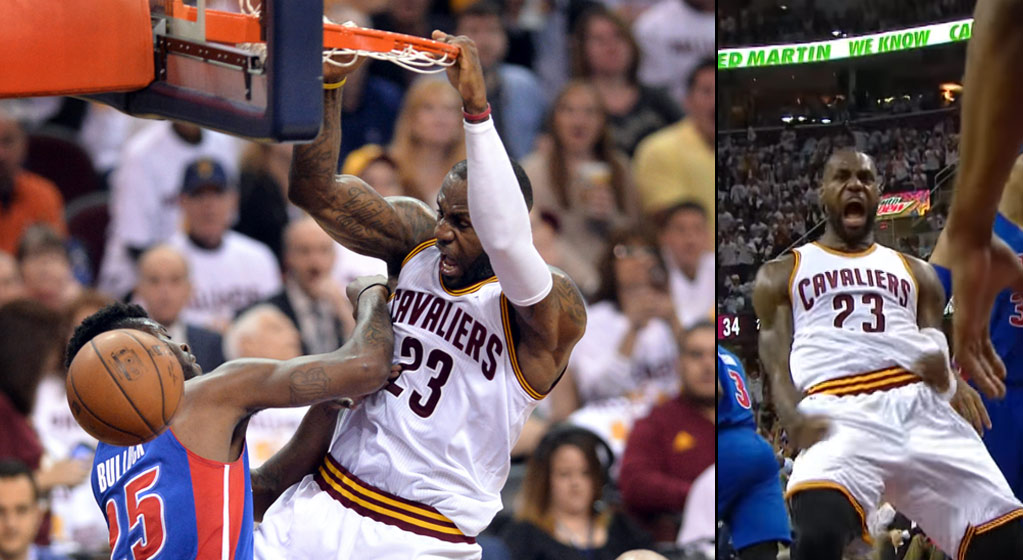 The big story out of the Cavs win in game 2 against the Pistons was the damage Cleveland did from the outside: shooting 38 3-pointers and ...(Read more)

The big story out of the Cavs win in game 2 against the Pistons was the damage Cleveland did from the outside: shooting 38 3-pointers and making a playoff record-tying 20 of them. But the most memorable shot from James, besides maybe the “cheap ass shot” to Stanley Johnson, on this night would be his monster dunk over Reggie Bullock, which led to a Shawn Kemp worthy yell and post-dunk celebration (thank you refs for not overreacting and calling a tech).

No disrespect to Reggie but he was the last person, besides maybe Dinwiddle, Cavs fans wanted to see get dunked on by James; Drummond, Jackson, Morris, Johnson, even Steve Blake would have made a better headline. And apologies to Reggie for digging up and sharing this similar poster.