LeBron James moved into 19th on the NBA career scoring list after scoring 30 points in the Cavs loss to the Pistons on Tuesday night.

James wasn’t so full of compliments for his teammates after the loss.

“We are too relaxed and too nice,” James said. “We need to get tougher, but I’m not talking about being an iron man. You have to be mentally tough, and that means performing at the best of your abilities at all times. We’ve got some guys who do that all the time, and some guys who don’t.” 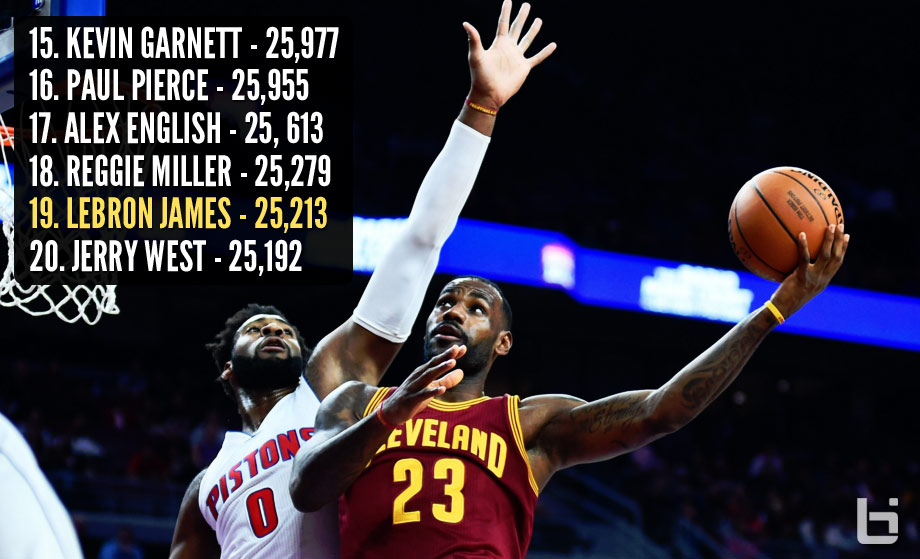