The reinvention of LeBron James is almost complete now.

He’s going home and going back to No. 23. After four years in Miami wearing No. 6 for the Heat, LeBron announced today via Instagram that he will wear the same No. 23 he wore in high school at Akron’s Saint Vincent-Saint Mary and during his first seven seasons in the NBA with the Cavaliers.

It’s the same No. 23 that Michael Jordan made famous with the Chicago Bulls, which was retired in Miami. LeBron already knows that 23 looks good on him from his first stint in Cleveland. So it couldn’t have been too tough a decision. 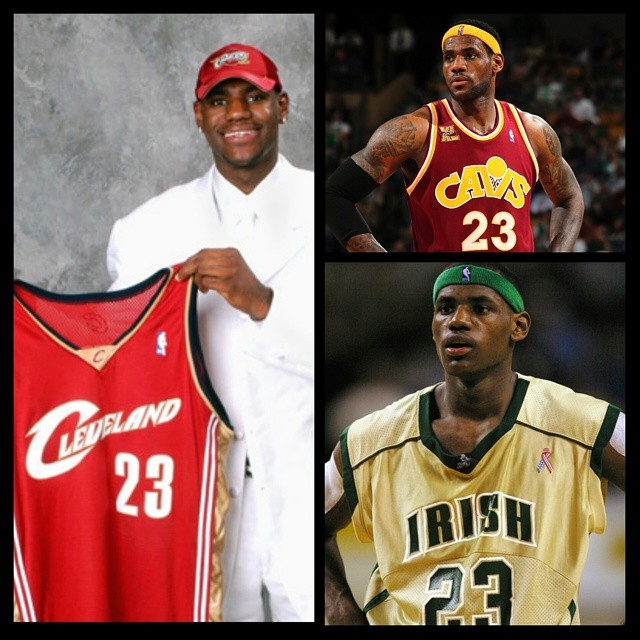