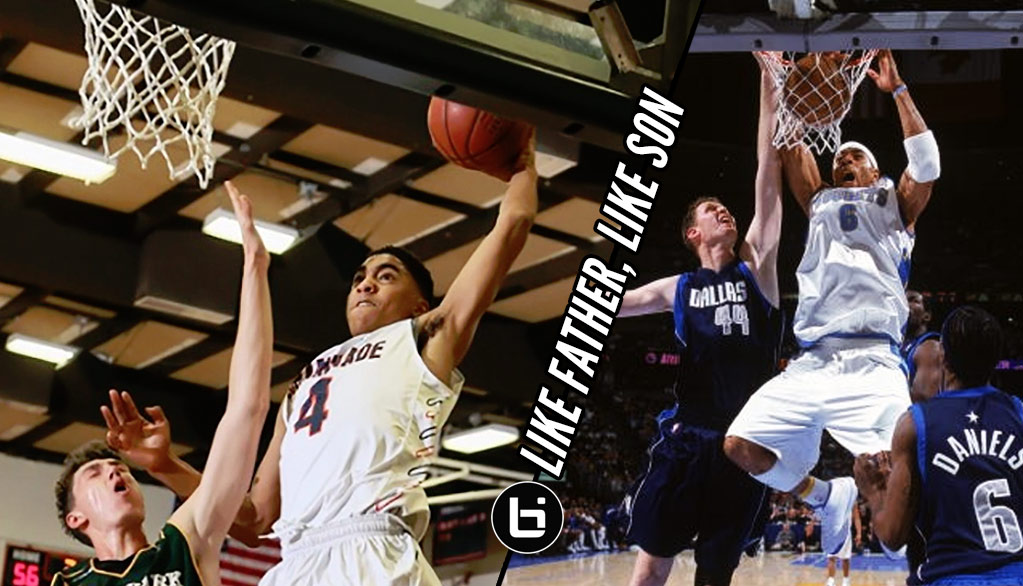 For almost a decade and a half, former #1 NBA draft pick and recently retired Kenyon Martin aka The Oak Cliff Bully was one of the ...(Read more)

For almost a decade and a half, former #1 NBA draft pick and recently retired Kenyon Martin aka The Oak Cliff Bully was one of the most vicious dunkers a NBA rim has ever had the pleasure of being abused by; I rank him right up there with Latrell Sprewell (more than Russell Westbrook) for the title of “Angriest NBA Dunker Ever.” And it seems when he passed down his name, he also passed down those rim punishing genes to his son, Kenyon Martin Jr.

On Wednesday, Martin’s former Denver teammate JR Smith posted a video of Jr – a 15-year old 6’6 sophomore at West Hills Chaminade high school in LA- throwing down a vicious alley-oop dunk over a defender during a high school game.  Proud dad Sr. shared the video on Twitter with the caption, “My lil-big Man doing big things out here. #watchyahead.”

That’s the perfect hashtag for the following video showcasing the top 100 dunks by the former NBA All-Star.

If you want to read more about Jr, why he didn’t play basketball as a freshman and  about his close relationship with his father, click here for a great story on The Undefeated by Marc J. Spears.