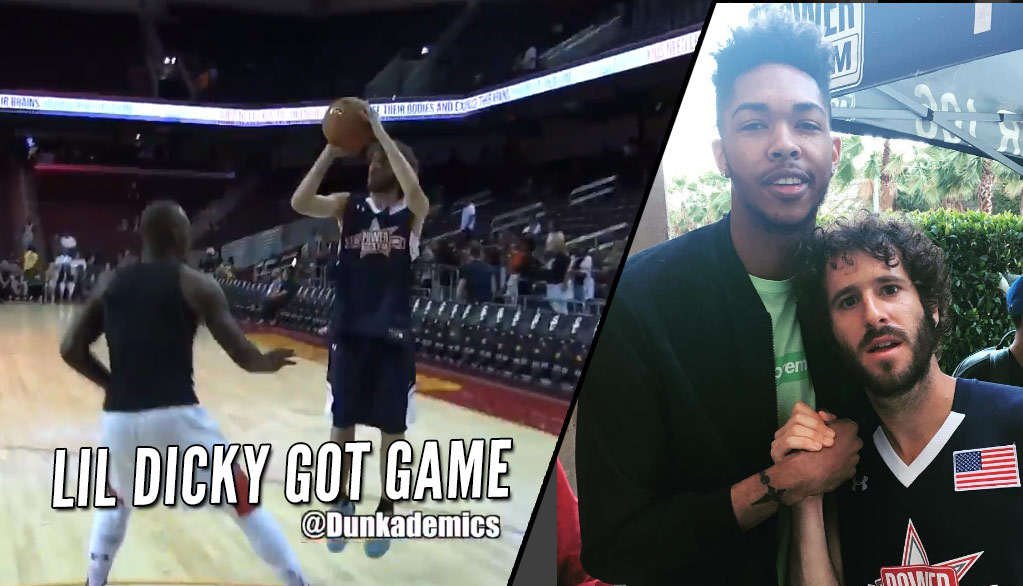 I’ve been raving about Lil Dicky on Ballislife since 2013 when he dropped the song “Russell Westbrook On A Farm.”  Then a year later, I was ...(Read more)

Lil Dicky Got Game: 1-on-1 vs Airdogg Before Power 106 Celeb Game

I’ve been raving about Lil Dicky on Ballislife since 2013 when he dropped the song “Russell Westbrook On A Farm.”  Then a year later, I was trying to tell people the viral rapper had some game after watching him drain 8 3’s in a row (video above).

This past Sunday before the Power 106 celeb game, pro dunker Michael “Airdogg” Stewart learned about the rappers’ skills on the court when Dicky beat him 4-0 in a game of 1-on-1. I’m not trying to make excuses for Airdogg because he’s a friend, but he wasn’t trying hard. With that said, I’m going to have a lot of fun sharing this video.

At least he didn’t get his ankles broken like rapper Mac Miller when he tried to go 1-on-1 with The Bone Collector.