How epic was that Cleveland Cavs Championship parade? We had a shirtless JR Smith asking 1.3 million fans to vote for him instead of Clinton and Trump. We had a drop the mic moment from Channing Frye. We had LeBron’s 16-minute explicit speech/roast. And thanks to Twitter user @AustinLunden, we also have a hilarious gem featuring LeBron’s wife, Savannah Brinson, and son Bryce Maximus.

While LeBron was busy smoking a victory cigar and recording the fans recording him, Bryce was whipping beads at the fans until 24/7 Momma Savannah Brinson caught him and said “Stop or I will whoop your a$$ on live TV if you do it again!”

Actually, she said, “Ba(w)ll it up and throw them!”

That doesn’t sound very funny but for some reason, it had me laughing harder than hearing LeBron take shots at the Knicks and Steph Curry during his roast/rant/speech. I laughed even harder when I read some of the comments on the video including one person who said, “I could see Riley lighting the beads on fire and throwing them in the crowd and Ayesha not giving a F.”

Yeah, the internet is one savage (and funny) place. 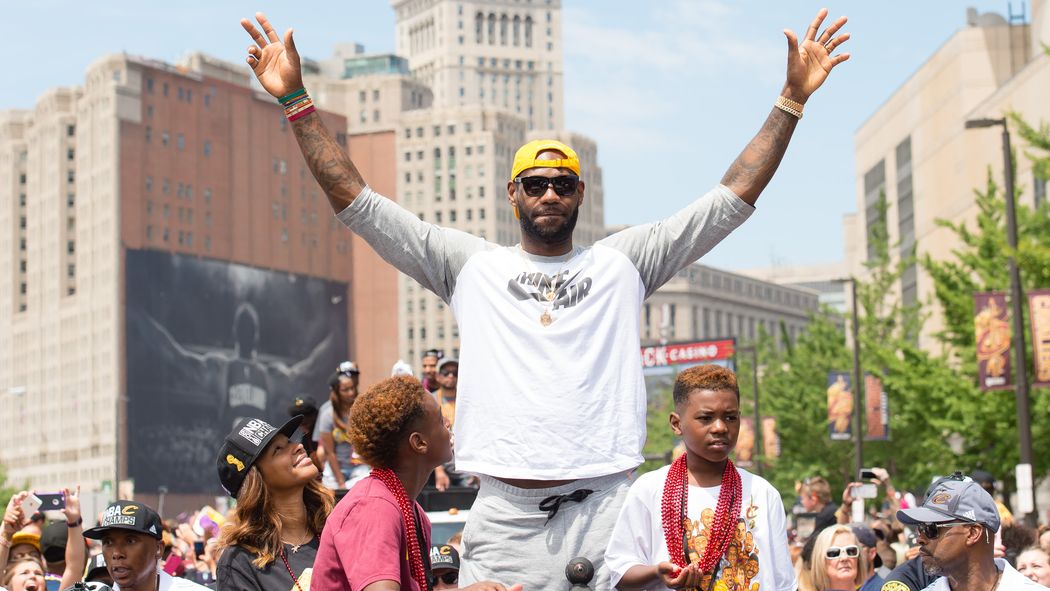