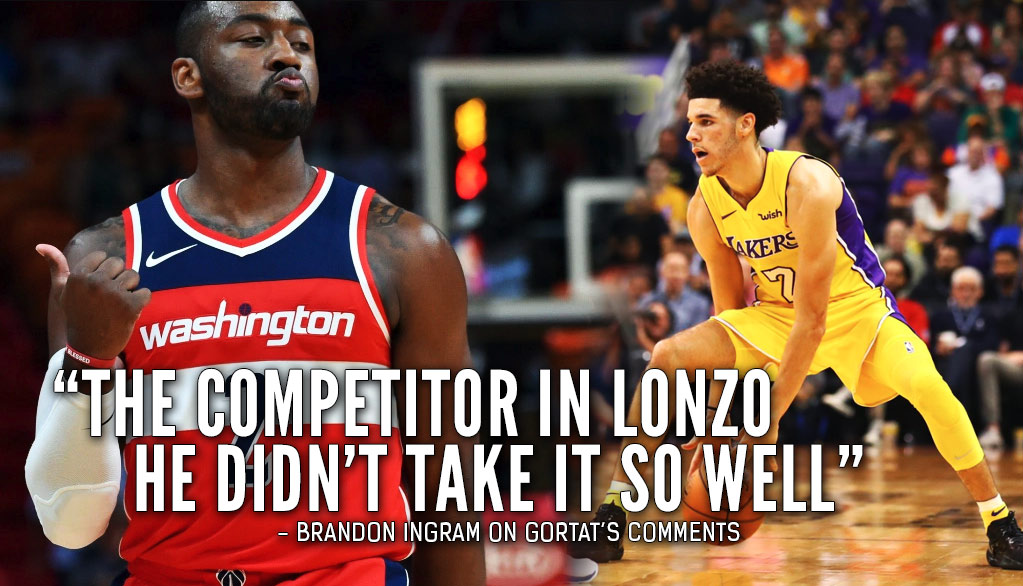 Tonight is the night: Ball vs Wall! After LaVar Ball’s comments to ESPN about the Wizards needing to “beware because Lonzo ain’t losing twice in one ...(Read more)

Tonight is the night: Ball vs Wall!

After LaVar Ball’s comments to ESPN about the Wizards needing to “beware because Lonzo ain’t losing twice in one week” and Marcin Gortat’s “man..pleaseeeee! Wall will torture him for 48 minutes” reply, every basketball fan cleared their schedule for tonight’s Lakers and Wizards game.

When asked about the Polish Hammer’s “torture” comment, Ball replied, “Tell Gortat he looks like Gru from Despicable Me and I’m going to show his gang sign throwing point guard what a real big baller is!”

Obviously the always cool, calm and monotone Lonzo didn’t say that or anything disrespectful. He just downplayed the match-up and threw out some compliments.

“It’s going to be a lot of fun. He’s one of the best point guards in the league. I’m just going to go out and compete and see what happens.”

Teammate Brandon Ingram had a more interesting reply when asked about Gortat’s comments.

As for Wall, here’s what he had to say about tonight’s game and his teammate.

Via Washington Post
“Nah, no mercy,” Wall responded when asked if he would show leniency to the 19-year-old rookie point guard despite his braggadocious father.

“Certain matchups you really get up for. Like when you play Steph, you definitely want to have a good game,” Wall said. “I’m playing against [Ball]. [Gortat] said what he said about me. I didn’t say anything. His dad has been talking. … That makes me want to go out there and lead my team and play the best I can play.”

So basically Wall is saying he’s really going to go out there and try to torture Ball like victims in a Saw movie. And my predictions are Wall is going to make fantasy basketball owners really happy, Lonzo is going to surprise a lot of folks and whether he ends up with a win, loss or in a coffin, his Dad is going to have some really crazy shit to say after the game.

John Wall talking about  Lonzo back in February.