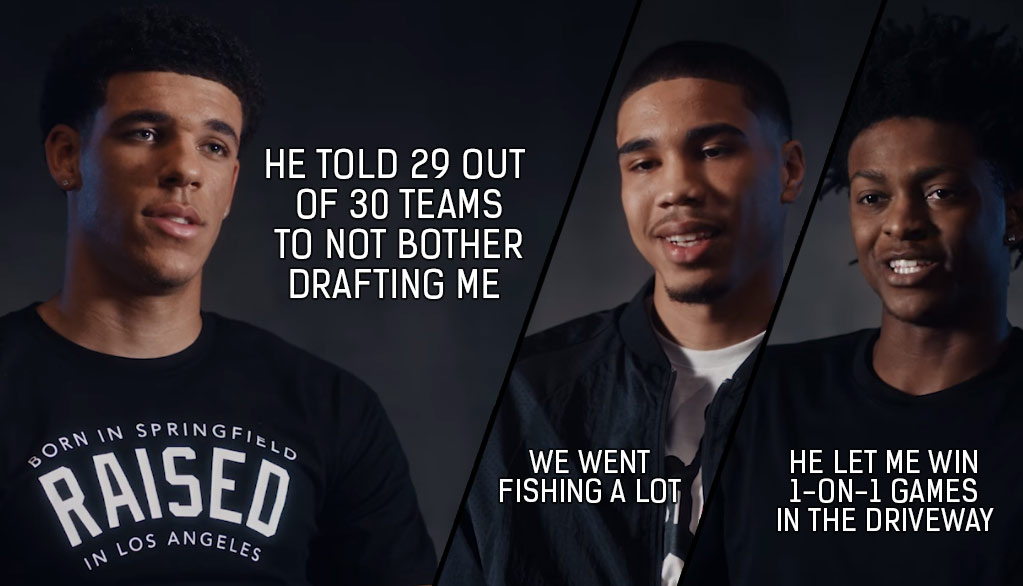 Props to Footlocker for being able to get players to make themselves like no other brand. In their latest hilarious self-mocking ad, top draft prospects De’Aaron ...(Read more)

Props to Footlocker for being able to get players to make themselves like no other brand. In their latest hilarious self-mocking ad, top draft prospects De’Aaron Fox, Jayson Tatum, Jonathan Issac and Lonzo Ball talk about all of the great things their Dads have done for them in honor of Father’s Day.

Fox talked about those 1-on-1 games in the driveway where his Dad let him win; Issac talks about his Dad waking up early to drive to far tournaments; Taytum reflected on fishing with his Dad; Lonzo brought up the special day when his Dad went off on his high school coach because he wasn’t getting enough touches, sat him down and told him where he was going to college, when he copyrighted his name, went on First Take and said he was better than the MVP of the league and then tells 29 of the 30 NBA teams to not bother drafting him.