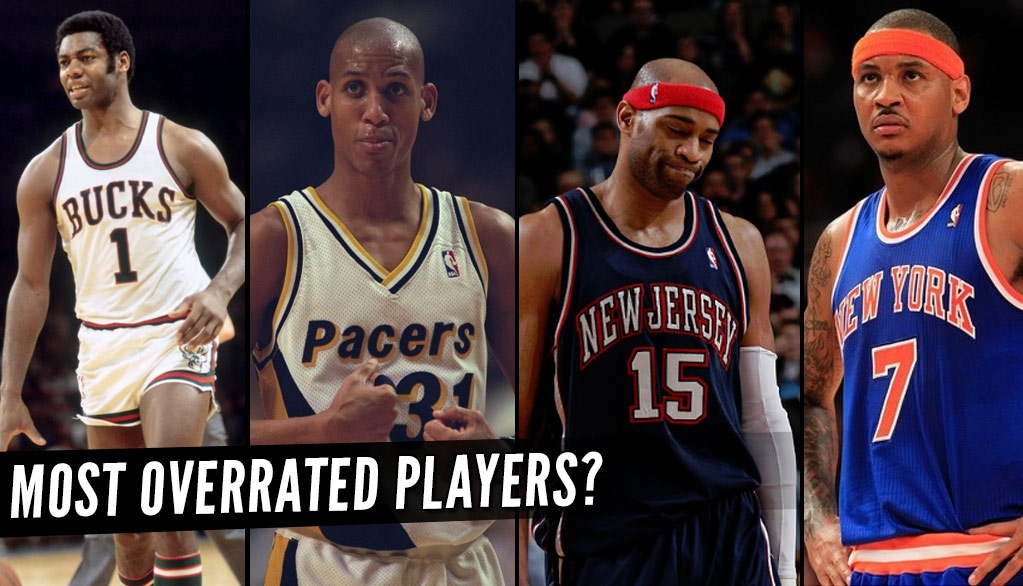 Here’s YouTuber Legend of Winning with another video that’s sure to piss off a few people.  The latest is called “The 4 Most Overrated NBA Players ...(Read more)

LOW: The 4 Most Overrated NBA Players Of All-Time

Here’s YouTuber Legend of Winning with another video that’s sure to piss off a few people.  The latest is called “The 4 Most Overrated NBA Players of All-Time” and the “overrated” players featured are Carmelo Anthony, Vince Carter, The Big O Oscar Robertson and Reggie Miller.

Personally, the only player on his list I might consider (but I don’t feel is) overrated is Melo and I couldn’t disagree more about a lot of things he said about Vince Carter but I respect LOW’s opinions and enjoy his vids.

FYI, the Jordan comparisons started with Floridians back in the mid 90s, when Vinsanity was the most exciting thing in the Daytona area since MTV Spring Break. Then the comparisons got national coverage when the 6’6 high-flyer signed with North Carolina, just like another famous 6’6 high-flyer did back in the 80s. And if only social media and youtube when Vince entered the MJ-less league and took it by storm. Vince’s rookie campaign wasn’t as statistically impressive as Jordan’s but I agree with the late Jack Ramsay in the video when he said Vince was a better shooter and shot-blocker than a rookie MJ.