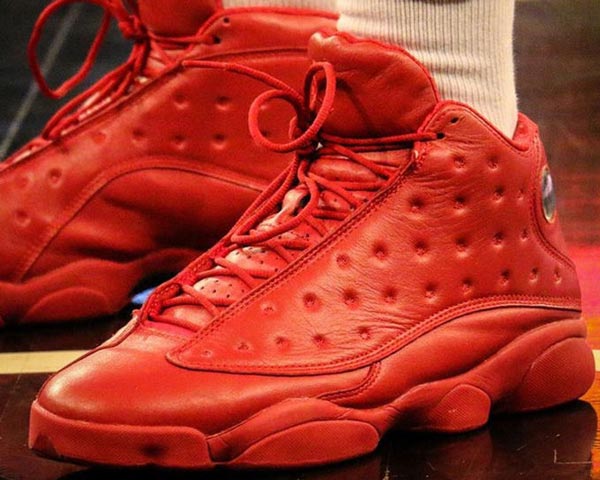 If you haven’t been following the WNBA Playoffs, maybe you should.  There’s some never before seen PE’s hitting the hardwood.

Lyneeta Kizer of the Indiana Fever was spotted wearing a pair of Air Jordan XIII’s draped in an all red colorway.  Kizer brought some heat against the New York Liberty in the Eastern Conference Finals, although the Indiana took a L in the game, it’s safe to say that Kizer came up with a W for kicks on the court.