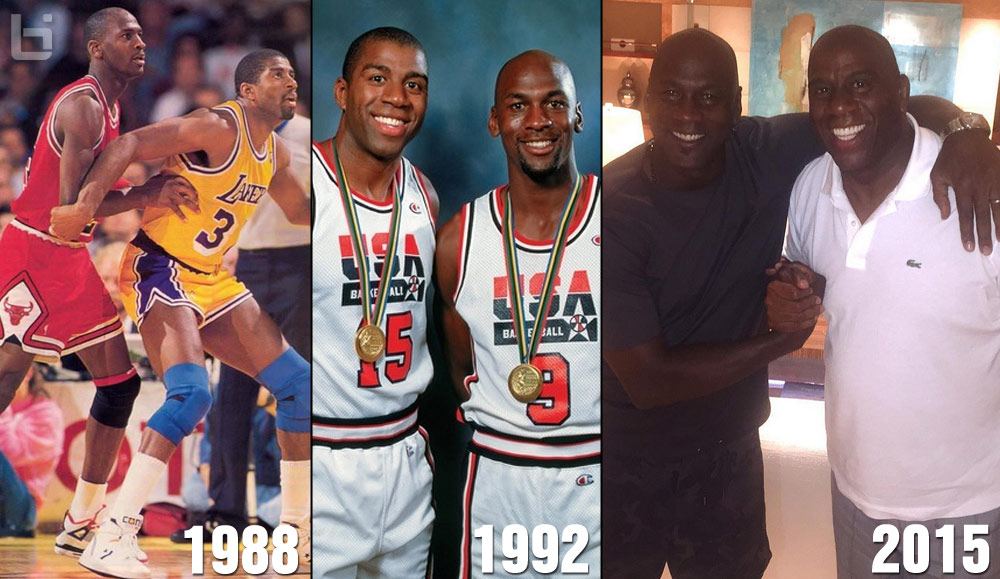 Magic Johnson celebrated his 24th anniversary with wife Cookie on a yacht in Monte Carlo and by having dinner with former Dream Team teammate Michael Jordan and his lovely wife Yvette. Johnson shared a few pics of himself with his wife and the player he still considers “the greatest basketball player ever” on his Instagram account, but what really want to see is video of the two GOATS talking trash to each other. Although they both have the utmost respect for each other, Jordan probably loves the fact that he can say he has more rings than Magic and became the first athlete worth a billion dollars when most thought Magic would end up having that title.

In honor of the anniversary, let’s take a look back at a wedding pic from 1991 and some vids of MJ and Magic against each other starting with Jordan’s rookie season.