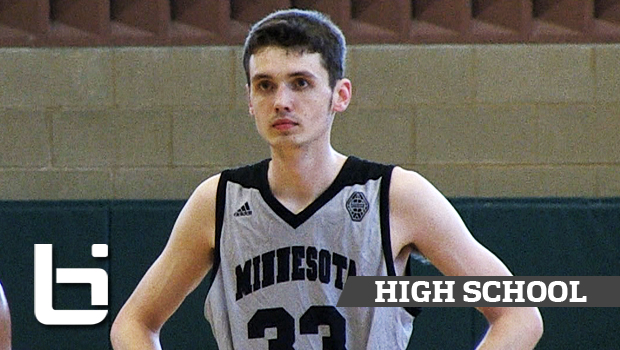 Five-star recruit, 16 year old Matthew Hurt is one of the top high school players Minnesota has produced in years. As you’ll see in this highlights ...(Read more)

As you’ll see in this highlights mixtape from his AAU season with D1 Minnesota 17U, the agile, 6’9 do-everything forward is a game-changer, dominating national competition even while playing up on the 17U adidas circuit. His combination of coordination and skill level are rarely seen in players so tall and so young. Now Hurt is drawing 2 and even 3 defenders. On the D1 Minnesota team, Hurt played alongside Nathan Reuvers (Wisconsin), Jericho Sims (Texas), McKinley Wright (Dayton), Goanar Mar (George Mason), Ishmael El-Amin (Ball State). At the adidas Uprising Summer Championships in Las Vegas, Hurt led his loaded squad in scoring, rebounding and blocks.

Considered one of the top players in the Class of 2019, Hurt was recently invited to the 2016 Junior National Team minicamp. It’s for the top players in the 2019 and 2020 graduating classes and begins the process of determining players for the 2017-18 Junior Nation Team. Matthew started playing varsity basketball at Rochester John Marshall HS as a 7th grader, playing alongside his older brother Michael and now Michael will play for Minnesota this season. As an 8th grader (starting on varsity), Matthew averaged 15 points, 6 rebounds. As a 9th grader, he averaged 23 points, 10 rebounds, 4 assists, 3 steals, 2 blocks per game, shooting over 55%.

Projected to grow to 6-11, Hurt is one of the most promising young players in the Midwest. Ballislife will continue following Matthew Hurt’s journey through high school.
For more high school basketball mixtapes watch and subscribe to Ballislife Midwest youtube channel and follow @scottballislife on Instagram and @BallislifeCHI on Twitter.
Thanks for watching and subscribing!