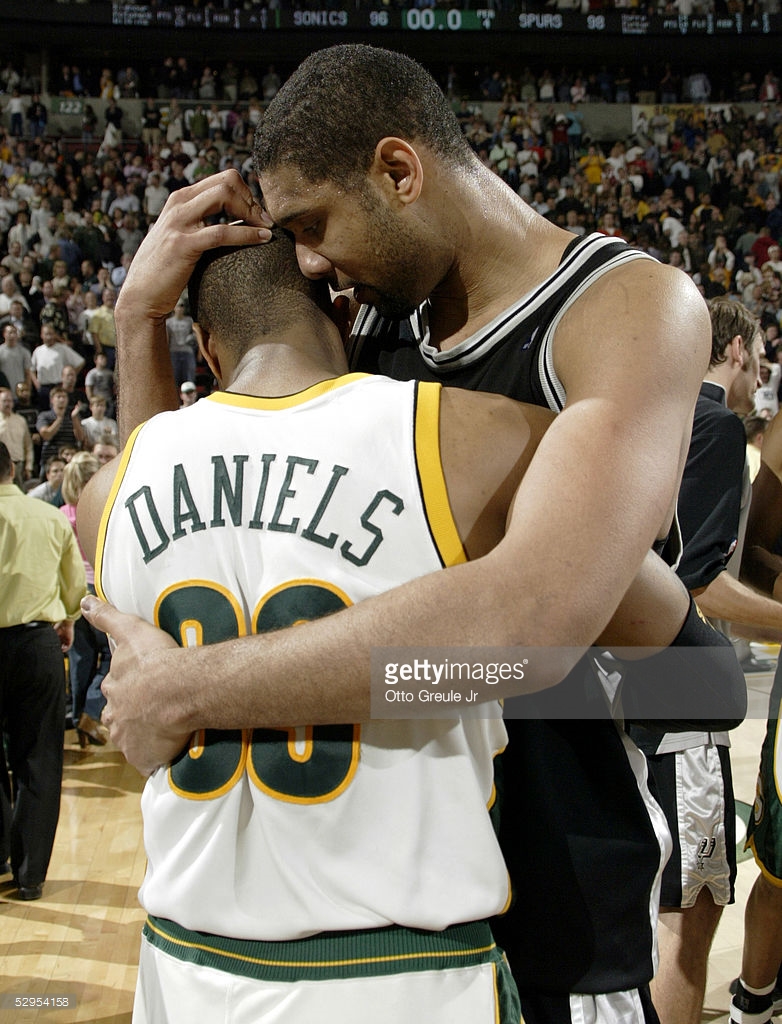 May 19 2005: Duncan Hits a Game-Winner, The Sonics Play Their Last Playoff Game in Seattle

Going into the 4th quarter of GM6 of the 2005 WCSF, Tim Duncan was a shocking 1 of 13 from the field. Then he came alive in the final 12 minutes, scoring 12 points and making the game-winning shot with 0.5 seconds left on the clock. The shot eliminated the Sonics from the playoffs and sadly for Seattle fans, it was the last playoff memory for the great city.

The Spurs would go on to win the NBA championship that season and the Sonics would play 3 more seasons in Seattle before moving to Oklahoma.