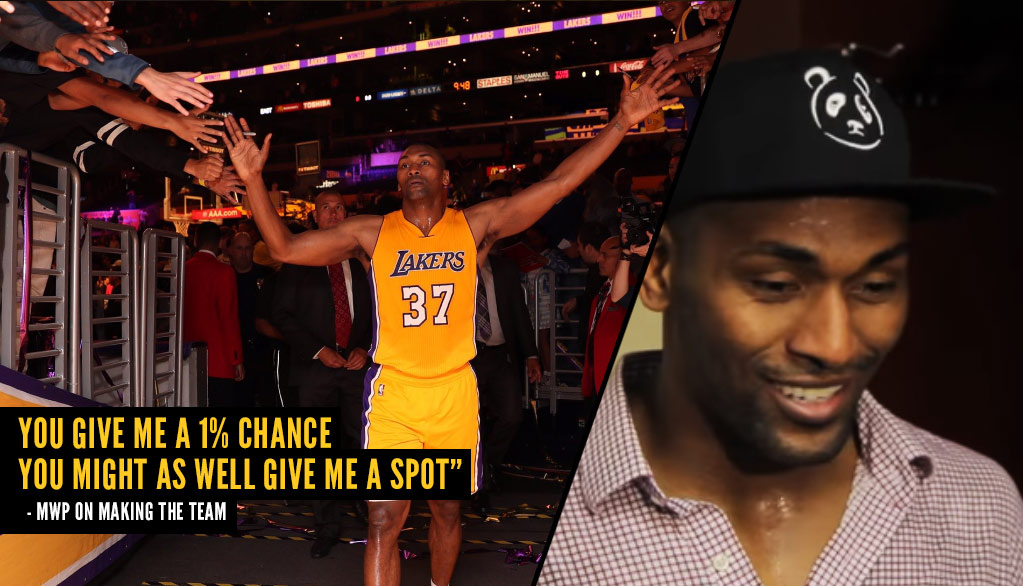 Screw tanking. After winning just 11 games in the past three months, the Lakers have won five straight games after beating the Pelicans by 12 points ...(Read more)

Screw tanking. After winning just 11 games in the past three months, the Lakers have won five straight games after beating the Pelicans by 12 points on Tuesday night. The win streak is the longest the franchise has had in four years. A big reason for their latest victory was exceptional play of 17-year vet Metta World Peace.

After “shaking his leg like a stripper” and missing a potential game-winner in the last game, Peace knocked down four threes on his way to a 18-point second half. He had a chance to make another and get his first 20-point game since 2013, but out of respect for the other team, declined to shoot.

“There was no need to (shoot),” said World Peace after the season-high performance. “We won the game. Five in a row. This is great.”

“You don’t want to disrespect the other team at all,” Walton said. “Metta was obviously doing that out of respect for Alvin and those guys. … He’s a perfect example of what a professional athlete should be.”

It’s true and it’s awesome to see the character behind the Malice in the Palace 13-years ago is now being praised as the professional athlete players can look up to. It was also awesome to hear the fans chanting “world peace” throughout the second half.

“I’m sure the Monks would’ve been proud,” World Peace joked.

During an emotional post-game interview, Peace also called this season “one of the highlights” of his career and as a long-time fan, I’m hoping this isn’t the end of that exceptional career.

“You give me a 1 percent, you might as well give me the spot,” said World Peace when talking about his future and former GM Mitch Kupchak saying he had a 10 percent chance of making the team.