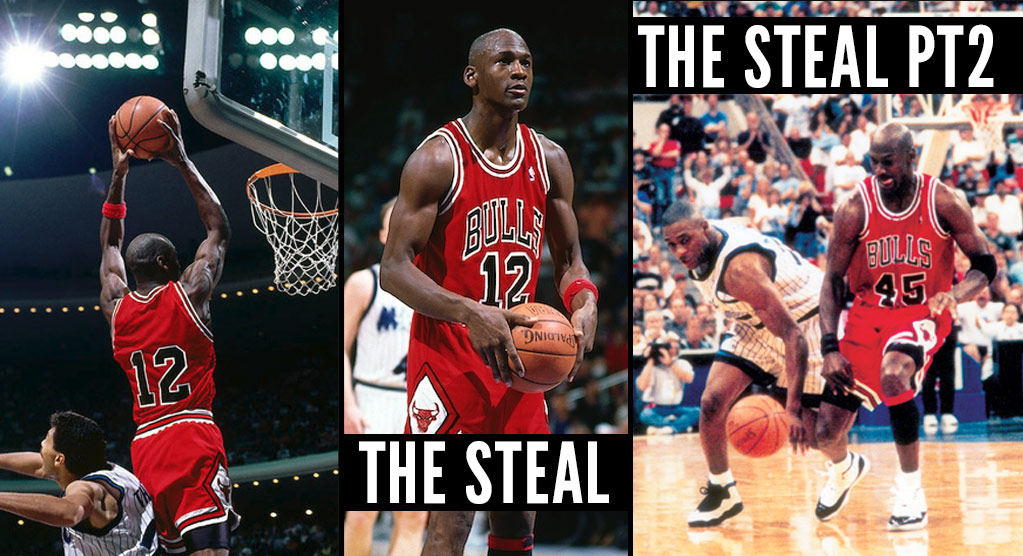 This photo was taken by international pro baller Ramon Clemente, who stumbled across this piece of art in a candy store in Israel. The only excuse ...(Read more) This photo was taken by international pro baller Ramon Clemente, who stumbled across this piece of art in a candy store in Israel. The only excuse I could think of is maybe the designers over there were confusing Jordan and Magic Johnson. I mean, Jordan was known as Magic Jordan in high school but I’m pretty sure they didn’t know that. Or maybe, this is just another example of another country making an unlicensed product and screwing up the name. I should know, my Mom once came back from Vietnam with an Adidas bag that said “Adidas Eqipment” on the side. This happened in the early 90s, when I was living in the Orlando area as a proud fan of the Orlando Magic and DJ Magic Mike (if you lived in Central Flordia in the early 90s you know all about Orlando’s favorite Mike and his “Drop The Bass” songs). And it was in the early 90s, in Orlando, when the following happened…

Michael Jordan had a pretty shitty Valentines day in 1990. Hours before the February game with the Orlando Magic, someone actually had the balls to steal his jersey. The heist had Jordan seeing red and the arena security in a panic. They even sealed off the building and searched departing employees. Security was so desperate to find the jersey, they even took one from a kid in the crowd and checked with Jordan to see if it was his. No surprise, it wasn’t.

Since the NBA wasn’t willing to delay the game until the jersey was found, he had to wear a replacement. They gave him a nameless Bulls jersey with the #12 on it; the last player to wear that jersey was some guy named Dominic Pressley. Wearing Pressley’s number didn’t seem to bother MJ too much since he scored a game-high 49 points. After the game, which was won by the Magic in OT, he reportedly said he would not sign autographs in Orlando again.

Three years later, Jordan — wearing a 23 on his back — punished the Magic with 64 points. But once again, the Magic had the Bulls number and came away with another OT victory, thanks to a rookie Shaq and his 29 points and 24 boards.

When Jordan came back from his first retirement (or forced vacation if you believe that conspiracy theory) in 1995, he wore #45 because his #23 was retired and 45 was his baseball number. He only wore it for 22 games — 17 regular season and 5 playoff games. Reason being is after a frustrating performance in Game 1 against Orlando (Jordan probably really hates this city) in the 95 Eastern Conference Semifinals, he blamed the jersey and said, “No. 45 is not No. 23. I couldn’t have done that to No. 23.”

The highlight of that game was Nick Anderson stealing the ball from Jordan in the final seconds which led to a dunk by Jordan’s former Bulls teammate, Horace Grant. I like to think of this play as the second great theft on Michael Jordan in franchise history.

So like Superman, and against David Stern’s wishes, he pulled out the #23 jersey, played a little better, won a game and after a couple more games wearing 23….he was going home and the Magic were advancing.

Jordan did get the last laugh. He came back with a vengeance the following year, swept the Orlando Magic in the playoffs, ended the Shaq and Penny dynasty and won the first of three more NBA championships.

If you were a card collector in the early 90s, you probably collected the overproduced and now worthless Hoops cards. The 1990 set contains a Sam Vincent card showing Jordan wearing #12. The set also contains a Mark Jackson card with the Menendez brothers sitting courtside after the murder of their parents. 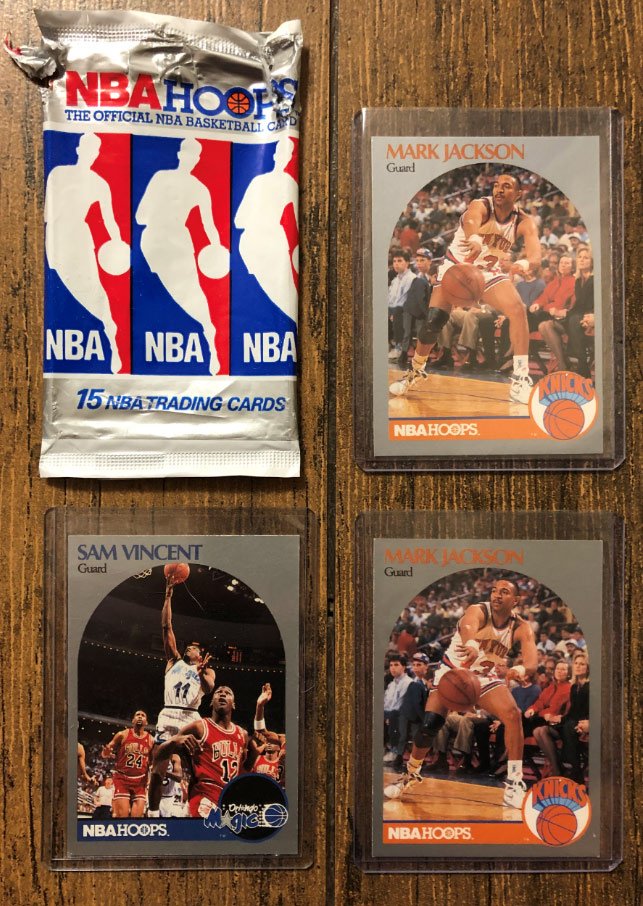 Speaking of early 90s stuff and Michael Jordan numbers, here’s my copy of the 1992 Super Famicon video game SUPER DUNKSHOT. The person on the cover is obviously Jordan but he’s wearing #20…for the Chicago Bills!

You can play with Larry Bard on the Boston Celeries or Chris Mallin of the Golden State Warthogs. pic.twitter.com/eMR93qhk0n 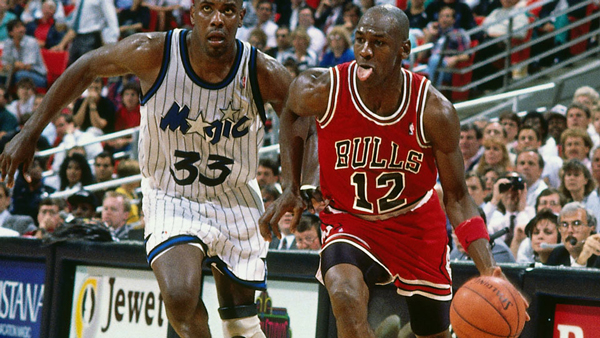