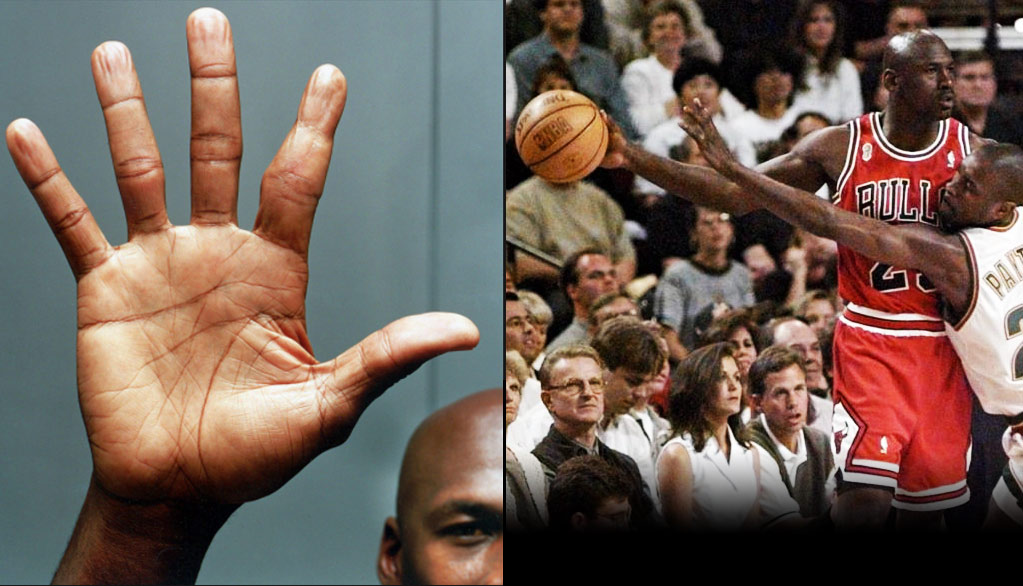 The latest throwback clip from OldSkoolBBall is a great one showcasing Michael Jordan’s ability to palm and wave a basketball around like it was a tennis ...(Read more)

The latest throwback clip from OldSkoolBBall is a great one showcasing Michael Jordan’s ability to palm and wave a basketball around like it was a tennis ball. His ability is so well known, Jimmy Kimmel once had MJ palming pumpkins in a game called ‘Can MJ palm it?’ It’s so well known, there’s actually 30-minute compilation videos just showing the GOAT palming things….and it’s great!

In this OldSkool clip, Jordan grabs one of his 11 boards “like picking grapefruit off a tree.” Unfortunately for Jordan and his Bulls, scoring on this night against the post-Barkley 76ers wasn’t so easy for the league leader in scoring. Jordan missed 23 of his 36 shots and finished with 30 in a 13 point loss. For the 76ers, the star was rookie standout Clarence “Next Barkley” Weatherspoon, who had 23 points and 9 boards.

This game came during a “cold streak” for Jordan. He scored his jersey number in the following game on 22 shots and had 26 in his next. Then came a 64-point explosion (in a loss) against rookie of the year Shaquille O’Neal.

Back to the palming stuff, here’s a few more videos for Jordan fanatics and people with hand fetishes.

Go to the one minute mark of the following video for an amazing catch and shoot.

And enjoy the half hour of clips below.