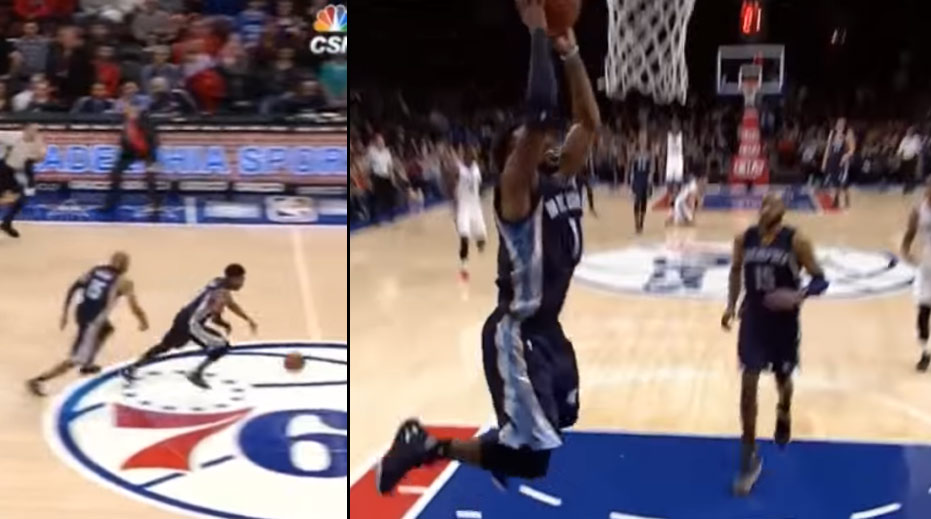 Vince Carter dunks aren’t “rare” nowadays but they are rare enough that the basketball world celebrates each one like it’s the last one we are going ...(Read more)

Mike Conley Steals A Highlight From Vince Carter & Throws Down A Rare Dunk!

Vince Carter dunks aren’t “rare” nowadays but they are rare enough that the basketball world celebrates each one like it’s the last one we are going to see from the greatest dunker of all-time. What’s rare is seeing his teammate Mike Conley throw one down.

On Tuesday night, of course it was against the 76ers, Conley grabbed a loose ball from Vince Carter, ignored the trailing Carter and threw down a rare 2-hand dunk.

“Vince always dunks it,” said Conley. “I had to see if I still had it. Thankfully I got up over the rim a little bit.”

If this was 10 years ago, Conley would have been booed out of the building for not throwing it off the glass to Vince who probably would have done a nasty windmill.

But that was then and this is now and thankfully Conley didn’t get nostalgic and try to throw an off-the-backboard lob. Then again, for all we know, Vintage Vince might have showed up and really turned back the hands of time.