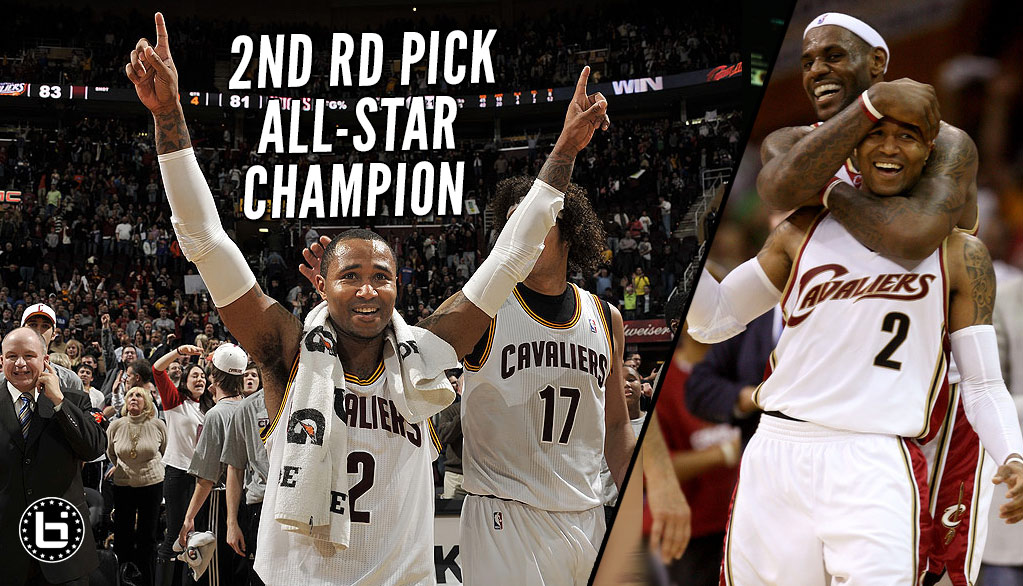 On the evening of September 21st of 2016, 33 year old Mo Williams tweeted he would be coming back for one more year. Five days later, Cavs ...(Read more)

On the evening of September 21st of 2016, 33 year old Mo Williams tweeted he would be coming back for one more year.

Five days later, Cavs GM David Griffin told reporters on media day that the 13-year vet will not be returning to the Cavs and will be hanging up the sneakers.

“Throughout the summer… it was in debate on what Mo was going to choose to do,” Griffin said. “He vacillated a little bit, and so we were planning on this eventuality throughout.”

With Delly gone, the Cavs only have Kyrie Irving and Kay Felder – who has been working out with Mo in the summer – at the point guard spot.

They are looking at some other options, including Norris Cole, Mario Chalmers, and Kirk Hinrich.

“We feel very comfortable with where we are at the point guard position, the versatility that we have to absorb that,” Griffin. “We have other people that can guard the position. Because of LeBron, we have additional people that can also play the position offensively, and frankly we’re really excited about finding out what some of the younger players on our roster can do. This is a training camp that for the first time since I’ve been here I think will be incredibly competitive, relative to roster spots themselves, and we’re really excited about the guys that we have in camp who have a chance to earn a job.”

2ND ROUND PICK TO ALL-STAR TO NBA CHAMPION

Mo isn’t going to get the type of love other recent retirees got but his exceptional career deserves some. Mo was a 2nd round pick (47) of the Jazz coming out of Alabama. After his rookie season, he was waived by the Jazz and picked up by the Bucks. Due to a career-threatening injury to TJ Ford, Mo was given a lot of minutes and quickly became their go-to man in the finals seconds of close games.

In 2008, Mo was traded to Cleveland. On February 10th of 2009, he was a last-minute replacement in the All-Star game and he responded to the great news by dropping a then career-high 44 points a day later.

A little more than 2 years later, the Cavs made one of the most important trades in franchise history, when they sent Mo to the Clippers for Baron Davis and a first round pick; That draft pick turned out to be Kyrie Irving.

Mo bounced around the league with 4 more teams before landing back in Cleveland in the summer of 2015. With Kyrie injured at the beginning of the season, Mo got a lot of run and was producing big numbers for the Cavs. With Kyrie’s return and multiple nagging injuries, Mo didn’t see much action in the 2nd half of the season and barely played at all during the Cavs championship run. But, Cavs fans should thank Mo because if it wasn’t for him, the team wouldn’t have Kyrie and if they didn’t have Kyrie, they wouldn’t have a championship.