Monta Ellis has missed 34 shots in his last 2 games but nobody in Dallas is complaining especially because he’s hitting the ones that count the most. A night after killing the Bulls with 38 clutch points, Monta killed the Bucks at the buzzer with one of the most difficult looking game-winners you will ever see that doesn’t look like a pure luck shot…but you could argue that it looks like a travel.

Then again we are talking about a guy who makes over-the-head 3-pointers as part of his pre-game ritual. 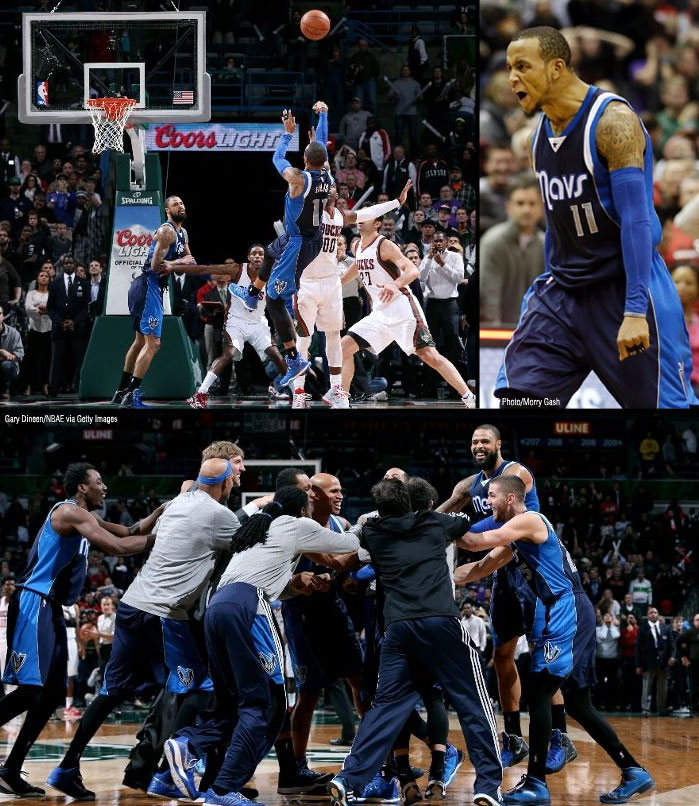